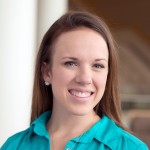 Despite her age, this student strives to continue her education through PathwayConnect
BY: Kelsey Petersen

“Most of my friends have passed away and I wonder, ‘Why am I still here? What haven’t I done yet that I’m supposed to have done?' I guess Heavenly Father still has a purpose for me here.”

Born in 1919, Marion Painter of Harwinton, Connecticut, will celebrate her 100th birthday in December 2019. She has raised eight children, worked as a sewing machine operator, been a temple ordinance worker, and began PathwayConnect when she was 94.

Introduction to the Restored Gospel

Marion was introduced to The Church of Jesus Christ of Latter-day Saints in 1968. Her children went to a Christian Fellowship where the pastor often invited people of other faiths to share their religion. This is how the missionaries came into Marion’s life. Marion said, “I had very impressionable young daughters that decided it would be lovely to ask the missionaries to come to the house because they thought they were cute! I told them, ‘Sure, it won’t do them any good, but that’s alright. They can come and talk.'”

As it turns out, Marion did like what the missionaries had to say, and she was on the verge of deciding to be baptized when her husband banned the missionaries from coming back to their home. Marion recalls, “I put my Book of Mormon in the bottom drawer of my dresser and told myself that if Heavenly Father wanted this for me, it would happen.”

She was newly divorced, working as a sewing machine operator, and raising her children alone when a young man selling pots and pans came to Marion’s front door. Her children teased him for sounding like a missionary for the Church of Jesus Christ of Latter-day Saints. As it turned out, he had recently returned from his mission. He sent missionaries to their home, and Marion was baptized just a couple weeks later on September 14, 1968. Following their mother’s example, her four youngest children also joined the Church.

In 1982 Marion was volunteering at the Washington D.C. Temple, both as an ordinance worker and in the laundry sewing clothes, when she met a kind man who she eventually married. Shortly after, her husband was diagnosed with Parkinson’s disease. She lived with him in Virginia until he passed away in May of 1999. After her husband’s death, Marion moved to Connecticut to live with her daughter’s family.

They had me thinking of things that I hadn’t thought of before.

Marion sometimes ponders about Heavenly Father’s plan for her.  She says, “Most of my friends have passed away and I wonder, ‘Why am I still here? What haven’t I done yet that I’m supposed to have done?’ I guess Heavenly Father still has a purpose for me here.”

Her purpose became a little clearer one day as Marion was sitting with her daughter during Sunday school. It was then that she first learned about PathwayConnect. She decided right then and there that it was something she wanted to do, so she enrolled without hesitation.

Although Marion has had a life full of experience and growth, she knew that there was still plenty to learn. “They say that the only thing you can take with you when you leave this life is what you’ve learned. I figured, ‘I might as well cram as much stuff in there as I can before I go!'”

At first, Marion was skeptical when she learned she would be taking a life skills class. Her goals were a bit different than those of her classmates. “I thought, ‘What are my goals?’ For me they were being able to continue to read, and to walk, and to keep my license for another year,” she said. Although Marion has had plenty of practice in life skills, she had fun in her class and was able to learn new things through the various experiences of her classmates. “I learned from their different insights; they had me thinking of things that I hadn’t thought of before. It was definitely a worthwhile experience.”

Marion said that the biggest challenge she faced with PathwayConnect was operating the computer. She lamented, “We have a love-hate relationship.” In fact, Marion had an amusing time writing a love letter to her computer for an assignment in her writing class. She said, “There are times where I could throw it out of the window, but every morning, the first thing I do after I take my vitamins is go to the computer and index for a couple of hours. I feel that it’s important, and it’s the only way that I’m really capable of doing much in way of serving. Where would I be without my computer?”

There was a learning curve and times when she had trouble, but Marion is one determined woman. She said, “Believe me, I don’t have luck sometimes… but I am able to get it. I say to myself, ‘I’ll manage to do this! If it kills me, I’ll learn how to do this!'”

In addition to being self-motivated, Marion also found her family to be a great source of strength and support as she pursued higher education. She said, “I have a really great bunch of kids; they’re super people. They back me up in most everything I want to do.” When asked if she had grandchildren, Marion responded, “Only 28.” She also has a dozen great-grandchildren, and has even had the privilege to meet her only great-great-grandson.

Why do people climb Mt. Everest? Because it’s there, and they can!

Her willpower to learn paid off, and Marion progressed to her second semester of PathwayConnect. She is interested in continuing her education with BYU-Idaho’s online degree program, presented and coordinated through BYU-Pathway, and would like to get a degree or certificate in family history research.  As a convert, she finds genealogy very important; she enjoys doing work for family members that can’t do the work for themselves.

One of Marion’s favorite aspects of attending PathwayConnect was studying the Book of Mormon in more depth. “I have learned so much more by digging deeper into the book of Nephi. I had no idea there was so much theology involved.” Marion grew closer to the Spirit as she continued to search the scriptures, finding new truths to the principles taught there each time she studied.

An Example to All People

Marion’s path to education may not be the “norm,” but her example inspires many people who meet her along the way. “People sometimes ask me why I do it,” Marion explained. “I say to them, ‘Why do people climb Mount Everest? Because they can!’ That’s why I joined PathwayConnect, because I can!”

I have dug so deep into the Book of Nephi. I had no idea there was so much theology involved.

Marion’s inspiring decision to get her education stands as an example to all who meet her. She urges those who feel that their time to go to college is past, “It’s never too late! As long as you have the stamina, and you’re not afflicted with mental illness, then it’s never too late to go back to school!”

Marion portrays wonderfully what it means to “Seek learning by study and also by faith” (D&C 109:7). She faces each day with an optimistic attitude and believes that the recipe for success is relying on Heavenly Father for direction and to keep moving forward when things get tough. She doesn’t let her age or technology issues stand in her way. She said, “The only thing you can do is to keep on keepin’ on.”

At 100 years old, Marion is doing just that. 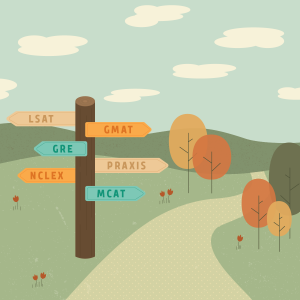 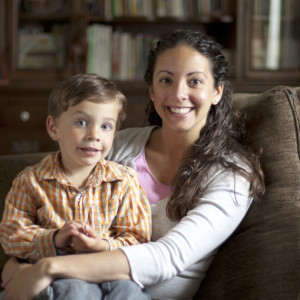 Evaluating What Matters Most
On my desk at work, just a few inches above my… 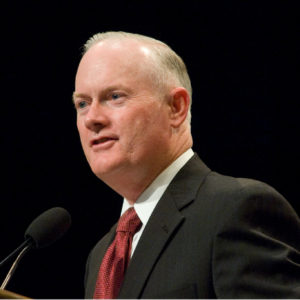 Yes, Marion is turning 100 this December!

And she is the best aunt anyone could ask for.She has been a very important part of my life, for which I am very grateful! Love & admire her so much.

Thanks for your response, Judith! She is a great example to so many people.

She is a LEGEND,
Because she understands that whatever knowledge you acquire in this life, the same you shall rise with and she aspires to get more.
Thank you for this publication.
I will join Pathway soon.