PathwayConnect students in Haiti share their excitement about the announcement of their new temple
BY: Sarah Schwarze

On the evening of January 12, 2010, a 7.0 magnitude earthquake devastated the tiny Caribbean country of Haiti — leaving a wake of heartbreak and destruction, including more than 100,000 deaths and an estimated $14 billion in damages. The devastation made it difficult to leave the country, as Guerby Pierre, a PathwayConnect student, hoped to do in February 2010 to be sealed to his fiancé in the Santo Domingo Dominican Republic Temple. 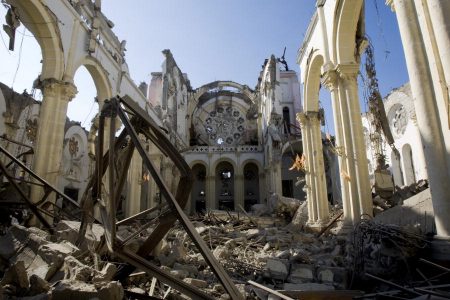 The remains of a catherdral in Port-au-Prince, Haiti, in the aftermath of the earthquake that hit on January 12, 2010. Photo courtesy of United Nations

Five years later, on April 5, 2015, President Thomas S. Monson announced the construction of a new temple in Port-au-Prince, Haiti. As with all temple announcements, the news was met with great excitement and gratitude. However, this wasn’t the only exciting news Haitians received that year: PathwayConnect opened its doors to Port-au-Prince in January 2015, and students and priesthood leaders have rejoiced at the spiritual and educational growth they’ve experienced. The First Presidency has announced the Port-au-Prince Haiti Temple groundbreaking will be on Saturday, October 28, 2017. Take a look at what PathwayConnect students in Port-au-Prince have shared about their testimonies and excitement for the new temple:

The temple announcement is an open door to blessings for Haiti. 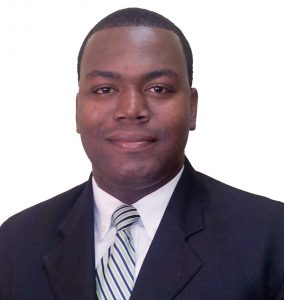 “As a stake president, we always try to organize temple trips about every three years, and at the very final moment of preparation, we fail because of visa, passport, money, and political issues. Then, in stake conference, I invited members to do their family work, prepare names, pay tithing faithfully, give fast offerings, qualify themselves to hold a temple recommend worthily, and contribute to the temple construction fund as much as they could in order to show the Lord our desire to go to His house. This announcement proves once again the great love God has for our people. I have started to believe in a possible change in Haiti. My country will be prosperous someday.”

When President Monson announced the temple coming to Haiti, it was the first time I clapped my hands in the chapel! With a temple near me, I won’t need to spend a lot of money or get a passport and visa to go there. What a blessing!”

“I remember the last time I got to go to the temple with my family. They stopped us at almost every intersection and police station for police checkpoints. I said to myself, ‘If we had a temple in our country, it would be different.’ I’m grateful for this blessing. I’m grateful for PathwayConnect. Through it, we can become true disciples of the Savior Jesus Christ. With PathwayConnect and the temple together, we make a winning combination.”

With PathwayConnect and the temple together, we make a winning combination. 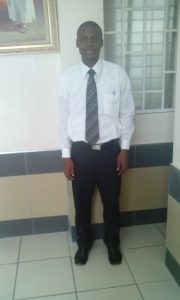 “We have been waiting for the temple for years, and finally we will have one in Haiti. When the prophet announced the temple, we were so happy and even made some noise all over Haiti.”

“By the voice of a living prophet, God announced a temple for Haiti. This was the best news I had ever heard in my life. I can’t hold my emotions while I am writing this. When I heard this announcement, I was so happy I lost my words and couldn’t speak. There is not a grander blessing Haiti can receive than the temple. I know the Church is true, the Book of Mormon is the word of God, and President Monson is a prophet of God.”

“When President Monson announced that Haiti will get a temple during general conference, immediately many members and I cried out with joy and jumped. It was like an announcement that the Savior will come to Haiti, so I felt a great joy that I never felt before — a kind of joy that brings happiness and peace into my heart. A great way that God gives us to prepare for the temple in Haiti is PathwayConnect, for it gives us opportunities to become good leaders and disciples of Christ in the Church. It is another great blessing that He provides unto us.”

I felt a … kind of joy that brings happiness and peace into my heart. 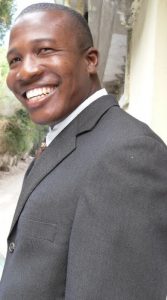 “I cannot explain my joy when President Monson announced the temple. Haiti will be blessed, and the lives of the people will change because more members will go the temple. I am really grateful to my Heavenly Father for the temple.  Now I will have the opportunity to go there every week.”

“I got baptized at 12 years old. Now I’m 33 years old. I have waited for this. During all this time, I worked a lot by doing family history research. Many Haitians have experienced great obstacles to reaching the temple in the Dominican Republic, but they make the sacrifice for the eternal ordinances. And when I learned we are going to have the privilege of a temple in Haiti, I was exceedingly happy.” 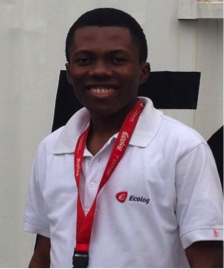 “I feel so thrilled and happy. We have faced lots of difficulties getting to the temple. When it came to me getting married, it was frustrating since I did not want to be married without going to the temple. We planned to get married on May 2, but my passport was expired. Then at the Haitian immigration office, the new passport book went missing. On April 30, I finally got the passport. It was a victory to me. Then we got married as planned on May 2, my wife’s birthday, and we traveled to the Dominican Republic and got sealed on May 6. I feel lots of changes in my life now. The temple announcement is an open door of blessings for Haiti.”

“I never thought that Haiti would receive such a blessing. That is why I shed tears of great joy. I also felt a deep feeling of compassion when I saw more than 1,000 people gathered in the chapel stand up and praise God. I have never seen such an event in the church meetings before. I had a feeling that we were the happiest people on the earth at that time.”

A group photo of the first PathwayConnect students in Haiti. These students started the one-year program in January 2015. 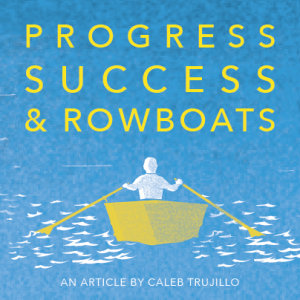 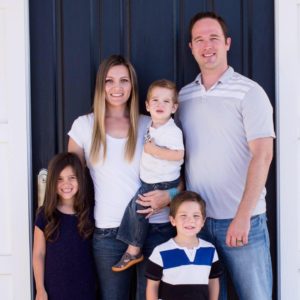 School can be Scary, but it’s Better with a Friend
For five-year-old Xelly (pronounced Shelly), starting kindergarten was intimidating. But knowing… 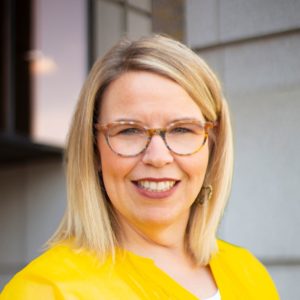