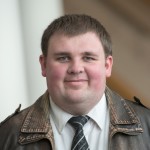 From Clark to Gilbert

What BYU-Idaho's Presidents have done for Pathway
BY: Aiden Foote

It was on September 5, 2006, that students gathered in the large gymnasium of the John W. Hart Building on BYU-Idaho campus to hear a devotional given by their new university president, Kim B. Clark. They wouldn’t have known, and maybe their new president didn’t realize either, that they would hear a phrase that would be a defining legacy of the man who would be president of BYU-Idaho for eight-and-a-half more years.

“It is a joy to be with you on another great day at BYU-Idaho.”

He didn’t always begin his devotional addresses with these exact words, but he never failed to remind all of us that it really was another great day at BYU-Idaho. President Clark always worked hard to make his trademark phrase a reality. 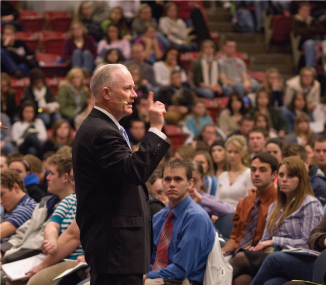 President Clark just ended 10 years of service at BYU-Idaho. Read more about what he taught as President of BYU-Idaho.

PathwayConnect students might ask themselves why it matters that BYU-Idaho has a new president. During his time at the university, President Kim B. Clark touched the lives of not only students on campus, but also students all around the world. BYU-Pathway was instituted under President Clark’s direction and vision. It was in November 2008 that a small committee was formed to explore the idea of extending the BYU-Idaho reach through online education.

“It was President Clark’s idea,” recalled J.D. Griffith, BYU-Pathway managing director and one of the participants in the small committee. “At the time, the BYU-Idaho Admissions Office was forecasting that BYU-Idaho would start turning away students in 2014. The committee was tasked with the challenge of finding ways to take a BYU-Idaho education to Church members, rather than having them come to Rexburg. We were working on a proposal that focused on ‘distant site education,’ creating little hubs of BYU-Idaho all over the country using institute buildings and online education.”

Griffith was tasked to lead this new venture — known at the time as “the pilot” — and began working under a man whose name has become much better known over the past few months: Clark Gilbert.

Clark Gilbert, BYU-Idaho’s new university president and the first president of BYU-Pathway Worldwide, previously served as an associate academic vice president at the university and oversaw online learning initiatives. In 2009, he accepted the position as CEO over Deseret Digital Media. During the twilight of his time in Rexburg, Gilbert worked closely with J.D. Griffith, overseeing BYU-Pathway’s birth into what we know today.

“Clark Gilbert was intensely involved in the formation of BYU-Pathway,” Griffith recalled. “Clark and I would throw around ideas: ‘Is it one semester? Is it two? Is it three? Is there a religion class involved? What courses should we teach?’ We created focus groups of students attending their local institutes but not currently enrolled at a college or university. I would go to President Gilbert’s office, and we would discuss all our ideas until we hit a hurdle, and then we would walk down the hall to President Clark’s office and get clarification. Between myself, Clark Gilbert, and President Clark, we began to create the foundation of what we now call the BYU-Pathway program.” 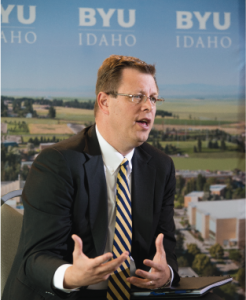 Then, in the fall of 2009, all the preparation and prayers were realized when the first 50 PathwayConnect students became pioneers in three U.S. locations: Nampa, Idaho; Mesa, Arizona; and Manhattan, New York.

It was a few months later, on his return from attending general conference, that President Clark began plans to extend BYU-Pathway all across the world to all adults. (When BYU-Pathway initially launched, only students in the United States between 18 and 30 years old could participate.)

Since 2009, more than 28,000 students have been blessed through PathwayConnect. Young to old, American to African, people with no access to and almost no chance of a gospel-based education have had doors opened to them that many never knew existed. The program has extended from three sites in the United States to now more than 300 locations worldwide — and the program continues to grow. 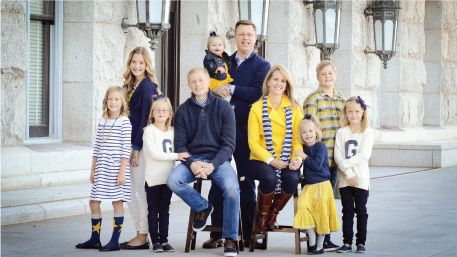 Newly-called President Gilbert with his wife, Christine, and eight children

“President Clark would often talk about seeing Primary children all over the world who would grow up and need a good gospel-based education,” Griffith said. “He was driven in the desire to spread education throughout the world, and it showed with how much time, energy, and support he extended toward BYU-Pathway. Because of that, I worried about what would happen when President Clark left BYU-Idaho. Would the vision and support continue under new leadership? The question was answered with the appointment of Clark Gilbert to serve as President of BYU-Idaho.”

So whether you’re online or on campus, it has been bittersweet to see President Clark leave us after everything he has done to help build the university and everyone who has benefitted from it — but we need not worry. BYU-Idaho is in good hands, and we welcome exciting opportunities at the university and in BYU-Pathway under the stewardship of our new leader — President Clark Gilbert. 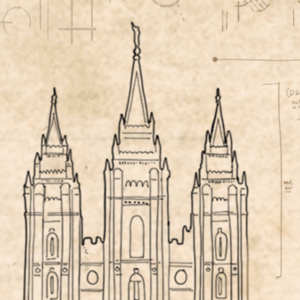 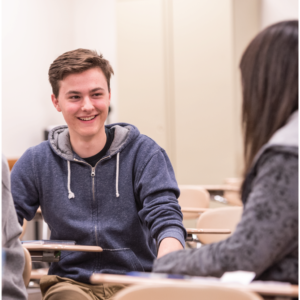 Key Milestones
This past year was filled with exciting developments, from the expansion… 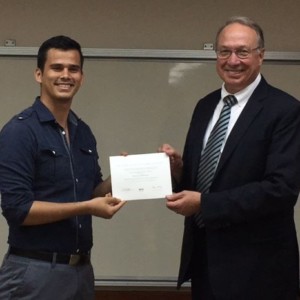 Strengthening Connections Around the World
In 1995, I met Sam Dunn, the Chief Administrative Officer (CAO)…