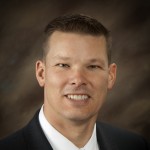 A Pathway area manager reflects on bringing PathwayConnect to his hometown
BY: Brigham Taylor

I don’t particularly like flying in airplanes, especially because I’m 6’3’’ (190 cm) and do not fit too comfortably in the seat. My flight back home to Cleveland, Ohio, in 2015 was different, though. Even though it was almost two years ago, I still remember how that trip made my love for Cleveland grow even deeper.

Sitting in my cramped chair, I leaned my head back and closed my eyes. The nighttime ambiance, dimmed lights inside the cabin, and my disconnected cellphone made a feeling of peace quickly drop over me. I immediately began to feel calm — even reverent.

That peaceful feeling hit me very distinctly and emotionally as I began to think about where I was going. Here I was, a BYU-Pathway area manager, flying home to Cleveland to open a PathwayConnect site in the stake I grew up in. What a blessing!

I began pondering why this meant so much to me.

Cleveland is my home, and I love it with all my heart. I spent my entire life in areas surrounding the city. I was born in Parma, raised in Strongsville, and eventually settled in Brunswick, so I knew the Cleveland area was ready for PathwayConnect. It humbled my soul to know that the people there could now experience a wholesome, gospel-centered education.

I was lucky to learn in a similar uplifting environment at BYU in Provo, Utah. I remember how the religion and gospel-based classes enriched and deepened my testimony each time I attended them. Most of my peers who received their education in a Church-sponsored university grew to be active, strong contributors in the Church.

However, not everybody had this same experience. A lot of my friends couldn’t make it out west to Rexburg or Provo to study. It made me wish there was a Church-sponsored university closer to Cleveland, so everybody there could have a chance to learn in a spiritual, wholesome setting.

It made me wish there was a Church-sponsored university closer to Cleveland.

Now that PathwayConnect was beginning there, Church members in northeast Ohio would receive a gospel-centered education without ever leaving their hometown. PathwayConnect was truly extending the BYU-Idaho experience out into hometowns the world over. 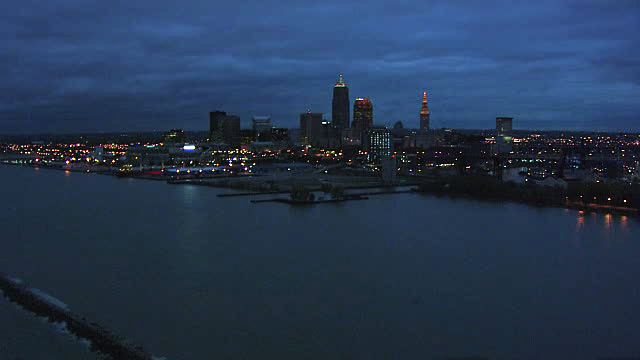 The Cleveland skyline over Lake Erie at night

A Blessing to My Friends

My knees brushed against the chair in front of me when the plane hit a small bump of turbulence. I opened my eyes and saw many of the passengers around me still leaning on their armrests, asleep. I quietly reached over to the window cover, pulled it up, and peered down to the dark landscape below.

A large, black, lightless area consumed the ground. My eyes narrowed in confusion for a brief moment until I recognized the darkness as Lake Erie. My vision became blurred as peaceful tears started to fill my eyes and stream down my face. Memories of old friends and church leaders flooded back to me as soon as I could tell we were flying over Ohio.

I would soon be working alongside people I have known my whole life — young men’s presidents, seminary teachers, bishops, and Sunday school teachers — to help build the life-changing PathwayConnect program. My heart filled with love and gratitude for each of them. 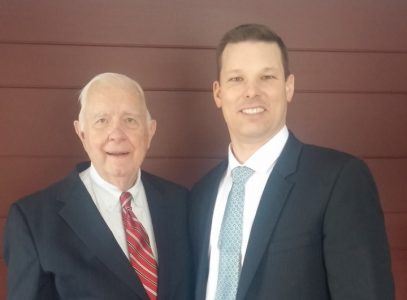 Brigham with his friend, Karl Anderson, who helped to bring Brigham’s father into the gospel

Even the CES director, Karl Anderson, was a close friend of mine. He helped teach my father the gospel, brought him into the church, and took my family to the temple to be sealed. This made me think more about my father, who had recently passed away. I knew he would be just as happy as I was to have PathwayConnect available in Ohio.

How great a blessing PathwayConnect would be to all of those people.

Pathway Means Everything to Me

My plane landed in Cleveland, and over the next few days I began meeting with my hometown friends and leaders about PathwayConnect.

While finishing one of my presentations, I paused for a moment, looked over all the smiling, familiar faces, and asked if I could speak from my heart.

“I wasn’t planning on going off script like this,” I said, “but I have to say how much I love Cleveland. This is my home. It used to be that those of us who grew up here had to go to Provo or Rexburg to get an education from a Church-sponsored university, but that did not work out for everyone. But now, Heavenly Father is bringing it to us in Cleveland, along with many other places throughout the world. It strengthens my testimony that we have a God in heaven, who is our Father, and that He knows us and loves us perfectly. He knows our names and our needs.”

Though I dreamed of bringing PathwayConnect to Cleveland, I never thought I would be so involved in taking it there. It is what I hoped to do ever since I started working at Pathway in 2010, when there were only three sites and every Pathway and Online learning employee could fit around a small table.

During meetings, I would say to the other staff, “When you are ready to go to Cleveland, let me know. I’ll be there.” My offer was serious, but it was not my responsibility to open PathwayConnect sites at the time. When I was later offered the opportunity to be area manager over the northeastern United States and Canada, I jumped on it, knowing how much Ohio needed it.

Seven years later, PathwayConnect is now thriving in Cleveland. Being a part of that is an amazing blessing, especially since I know it will bless the lives of my friends and family for many years to come. I always felt that Ohio was ripe and ready for PathwayConnect, and I will forever be grateful that I was the one to take it home. 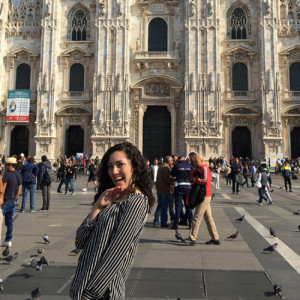 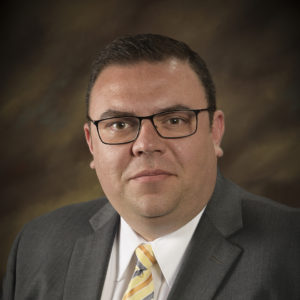 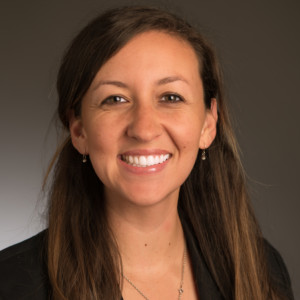 Do u give seniors a discount?

Hi Renee. Unfortunately, Pathway doesn’t offer a senior’s discount. However, it is common that students who need financial help can talk with a family member, friend, or even a local Church leader to see what is available. If you have additional questions, Pathway Support would love to help!