The Time is Right

Everything began to fit into place once James and Alanna heard about PathwayConnect
BY: Neal Buckles

Why do people drop out of university?

There are many reasons — oftentimes, more than one. Sometimes people put off an education because of financial problems or a sudden health crisis. Sometimes it is because people are unable to balance their personal lives with their schoolwork. Many times, when they leave university, they don’t know if they will ever have the chance to finish their formal education.

That’s how it was for Alanna Ti’a and her husband, James, but through PathwayConnect, the doors of education were once again opened to them. 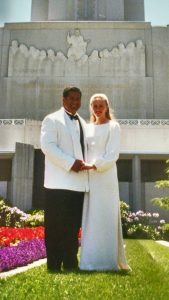 “I was a baby bride,” Alanna said jokingly. “I was nineteen years old when I got married.” Just two weeks after their wedding, she and James were already packing their bags. James had earned an athletic scholarship to Missouri Western State University, and although leaving their California home was exciting, it was also a big sacrifice.

“I had been going to a junior university,” Alanna remembered. “My mother worried that I wasn’t going to finish my education. I thought it was all going to work out, but it didn’t. At first, I had to work, then we got pregnant, then we had kids. School just didn’t happen.”

Things became more challenging a few years later when James suffered a severe injury and lost his scholarship. Discouraged, he decided it would be best to drop out of the university and join the workforce. Without a university education, the years that followed were tough for their family. “I’m a ‘roll with the punches’1 kind of girl,” Alanna said. “So I just kind of went with it, but life wasn’t easy.”

Alanna worked for a while and thought about returning to school, even taking a few classes here and there, but dedicated most of her time to raising their family. “School just wasn’t a priority,” she said about that time of her life. “My children were my priority.”

So James made a living through odd jobs here and there, and eventually found a steady position working for a phone company. Life went on for their family, and they were happy. 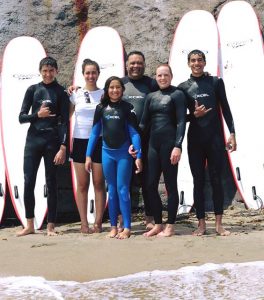 Alanna and James enjoying a day on the beach with their 4 children — Jarom, Ruta, Ethan, and Keila

Getting a university education was important to James, and after eighteen years there came a time when he felt strongly that he needed to finish school. He had tried different ways to get a degree before — including a technical university and online classes — but nothing felt right to him.

It wasn’t until he learned about PathwayConnect that a new door opened for him. As he researched the program, James felt like this was the opportunity he had been looking for. There was only one problem: PathwayConnect wasn’t offered in a city close enough to attend.

In order to get PathwayConnect to come to them, he and Alanna worked together with local priesthood leaders, contacted other interested students, and waited. In the meantime, James tried to convince Alanna to consider the program for herself.

There is nothing I have done that compares to the growth and change I experienced in PathwayConnect.

She was hesitant at first, but after a while she began to see how PathwayConnect would bless both their lives. “The more I learned and thought about it, the more I caught on to the spirit of the program. I felt like it would be the best option for us to pursue an education while coming closer and strengthening our marriage.”

One year after they first heard about the program, PathwayConnect finally arrived in their hometown of Columbia, Missouri. When that day came, both Alanna and James enrolled. Together, they began working toward a university education.

For Alanna, the blessings which have come from being a part of PathwayConnect have been well worth the wait.

“There is nothing in life we have done that compares to the growth and change we have both experienced since joining PathwayConnect,” she said. “We started the program thinking, ‘This is fun; this will be great,’ but it turned out to be something much greater than we expected.” 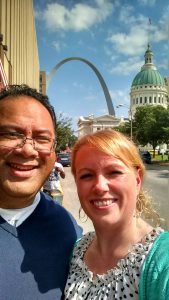 Alanna and James in front of the St. Louis Gateway Arch in Missouri

Alanna loves how the inspired program focuses on teaching students both secularly and spiritually. Her favorite part is how students are challenged to always better themselves. “It’s not just another university,” she said. “It’s an extended house of the lord. It’s a place to become a disciple.”2

This challenge-based learning has helped Alanna and James strengthen their marriage and family as they work together in the program and strive to become better disciples of Jesus Christ.

“We are focusing more on the Savior, and the Spirit is with us more,” said Alanna. “Our love has grown, and we’ve become much more patient with each other. PathwayConnect has been completely and utterly life-changing because it has brought us closer to the Savior.”

Looking back at the blessings they received, Alanna and James know the Lord guided them to PathwayConnect. He made it possible for them to receive an education after so many years and be strengthened together by the lessons they learned in the program.

PathwayConnect has been utterly life-changing in that it has brought us closer to the Savior.

Alanna and James completed PathwayConnect in December 2016. They both plan to pursue online degrees at BYU-Idaho. As they continue learning and growing, they are encouraged by the increased joy and happiness they have felt in their lives and family.

Although it hasn’t been easy to get to where they are now, Alanna and James’ future looks bright. She said, “I have nothing but hope and excitement for the future — PathwayConnect has made such a difference in our lives.”

When Alanna and James first learned about PathwayConnect, it wasn’t available near them. They worked with many people to get PathwayConnect to come to their hometown, and so can you! Work with your priesthood leaders to request PathwayConnect in your area. Share your story and experiences with us in the comment section below! 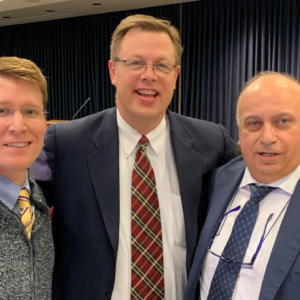 Faith in Italy: Leading the Way
Taking the first step Angelo Melone was serving in the Rome… 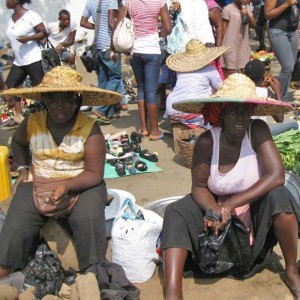 Making Paths Through Barriers
As she entered the institute building that hosted PathwayConnect in Accra,… 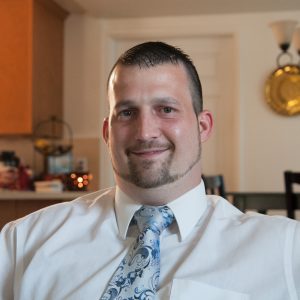 Addictions and Blessings: Finding Faith through PathwayConnect
When David Sorensen was first introduced to PathwayConnect, he thought there…

Comments on "The Time is Right"

How awesome to see this great story about you two! I have wanted to do pathways for a while but had the same problem. I guess I need to go talk to some priesthood leaders 🙂

I met Alanna and James when work brought my wife and I to Missouri almost 6 years ago for a 3 year stint. Both astute and articulate – I’d never had thought that they had it finished college. I had not gone to college after High School ( as the religion I grew up in forbade it ). I too struggled with jobs that made it financially challenging. In my mid 40’s I returned to college – an adult night program- allowing for full time day work while getting my bachelors degree. I know first hand how challenging it is to do both – but Alanna and James have stepped up – I know that the will succeeded and be blessed. Proud of them!!!! (And happy that a program like Pathways exists).

Thomas, thanks for your comment. Alanna and James are pretty great. It is incredible that you were able to go back to college and earn a degree! I am sure that you have also seen many blessings come into your life because of education.

The Tia’s are a great example of how Pathway can change lives for the better. They were wonderful before taking Pathway, but now they are even better!

Congratulations!!! It is never too late to work on your education. Especially a gospel based one. I truly loved the time I spent at Rick’s College. Learning with the spirit is so rewarding!!!

What a great couple to know and be able to experience Pathway with this past year. Thanks for bringing me the chance to restart my education in such a Christ centered way. Grateful our paths have paralleled this past decade plus!

Wendy, thank you for your comment! I hope you find success in your educational endeavors and beyond!