How the Lord taught this dedicated mother she was smart enough to earn a degree
BY: Sarah Schwarze

“When you finish high school, what would you like to do?” the counselor asked the struggling student sitting across from him.

In far more words, he informed her that her test scores were too low and she wouldn’t be able to do it. She left that office convinced she really wasn’t smart enough for university.

Now, however, Sheri Lynn Dean is the mother of sixteen children, and PathwayConnect is the beginning of her university degree and a demonstration of newfound confidence.

“Heavenly Father had a plan for me,” Sheri said. “He helped show me I was smart, but it took a long time for me to believe Him.”

For three years, she did the best she could. She taught her children the gospel, spent her mornings immersed in the scriptures looking for answers and listening for promptings, and knew the Lord was with her every step of the way as she cared for her seven children alone. She began to realize she was smarter than she had previously allowed herself to believe. 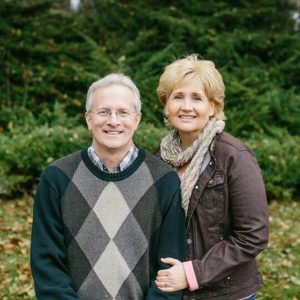 Sheri and her husband, Scott

After her husband’s release, children eight and nine joined their family. Sadly, as her husband’s poor choices continued, Sheri, with a broken heart, got a divorce.

“Again I was left mostly alone,” she said, “but now with nine children. I was practiced at this, and the Savior walked by my side. Together we figured out many things for my children, money, housing, and He led me to the perfect ward to live in.”

As a family, Sheri and her nine children set goals to keep them looking toward a better future — this included only listening to music that invited the Spirit and clean movies. They also prayed for a righteous father and husband to come into their lives. Two years later, Sheri met Scott Dean through a mutual friend.

Sheri and Scott were married in the St. George Utah Temple in 2003. Scott had six children from a previous marriage, but he had become a single father after his wife’s death. Together, Sheri and Scott brought one more child into the world for a total of eight boys and eight girls.

“Heavenly Father was trying to help me see I was smart through my ability to raise a large family and teach them the gospel,” Sheri said. Scott also helped her recognize her intelligence, and his encouragement boosted her confidence even more.

Later, the Spirit gently said, ‘Now you can start the PathwayConnect program.’

As Sheri found peace and stability in her life, she wanted to continue school, but with children at home and uncertainty about her transcripts and entrance exams — obstacles that keep many potential students from continuing their education — she couldn’t see how she’d ever get back to school. Furthermore, her eight-year-old had thrown up on her laptop, and they couldn’t afford to replace it.

During church one Sunday in 2015, Elder Rolfe Andrus and his wife Merrilee Andrus reported on their mission in Albania. There, they had worked with PathwayConnect students and shared their testimony of the program during sacrament meeting. Sheri knew she needed to call them and ask about the program. When she did, the next roadblock became a laptop.

“I said nothing about PathwayConnect to anyone and just tucked it away for some other time or year,” Sheri said. “A few months later, my children gathered for my birthday, and unknown to me they had all chipped in and bought me a new laptop. At first, I didn’t even think of schooling because I had completely dismissed it. Later, when things settled down, the Spirit gently said, ‘Now you can start the PathwayConnect program.’ I signed up as soon as I could.” 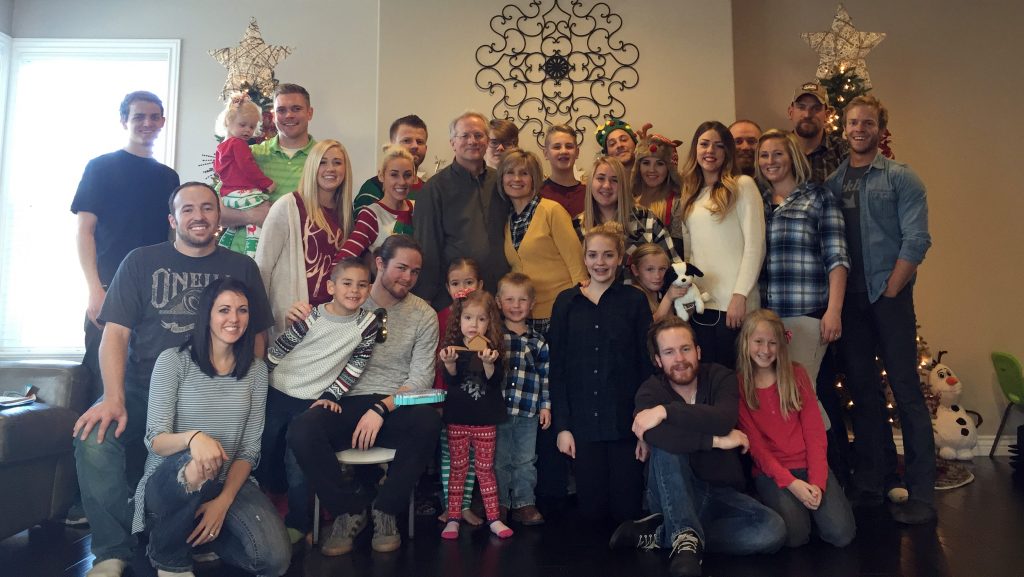 Scott and Sheri’s sixteen children and their families

Thanks to PathwayConnect, Sheri has gained a testimony that the Holy Ghost does have the power to teach anyone truth, and that a desire to learn is a gift that will enable her to become more like her Heavenly Father.

“I thought I wasn’t born with what it took to become educated,” Sheri said, “but my heart was changed when I read talks by President Eyring,1 Elder Bednar,2 and President Kim Clark.3 I began to realize I had bought into a big lie — that I was not ‘smart enough’ to attend a university. My heart burned within as the Spirit witnessed to me that He would help me. I realized that if I kept the Lord as my first priority and sought His help in learning, I could learn and I had everything I needed placed inside me before I came to earth.”

PathwayConnect changed the way Sheri sees herself. Now, education isn’t something for other people, but is for her and anyone who believes our Heavenly Father cares and wants to help.

I realized that I had everything I needed placed inside me before I came to earth.

Sheri said, “I no longer have to push down the desire to gain an education because I saw no possible way. There is a way. I am facing my obstacles by signing up and by doing the work one day at a time, one week at a time. I am not going to stop until I have completed my education. PathwayConnect teaches in a way I can learn, and that way is through the power and inspiration of the Holy Ghost. With Him all things are possible. This is my faith, my hope, and my prayer. I can learn!”

Sheri has now graduated from PathwayConnect and is attending BYU-Idaho online; she’s not seeking a profession, but if that’s what the Lord needs of her, she says she is willing. Instead, Sheri wants to grow through her education and find truth that will allow her to make educated decisions for herself and her family. 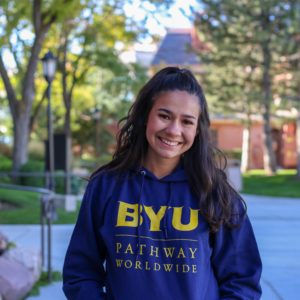 Trial and Triumph
A great start Valeria Hawkes grew up in Manaus, Brazil, with… 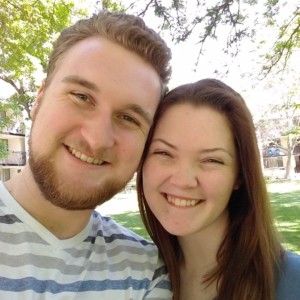 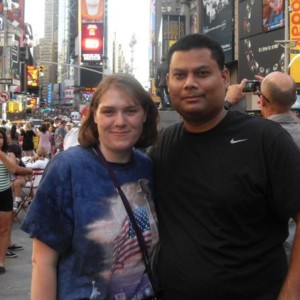 Lost and Found
Karen was lost — literally. Months earlier, Karen and a group…