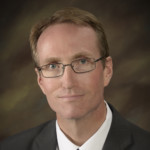 From institute director to Pathway area manager, Doug shares his path to Pathway
BY: Doug Willden

Doug Willden, a BYU-Pathway area manager, always had a goal to make a difference in people’s lives. Soon after becoming an institute director, he was surprised to see how many students embraced PathwayConnect. Now, he knows he’s part of a program that can make a difference in the lives of tens of thousands of people around the world.

Since then, I’ve tried to dedicate my life to being a positive influence on others. When I later became involved with institute and PathwayConnect, this goal began to be realized on a much greater scale than I ever imagined. Helping students grow spiritually and educationally became my passion, and PathwayConnect made it even easier to help those who needed it. 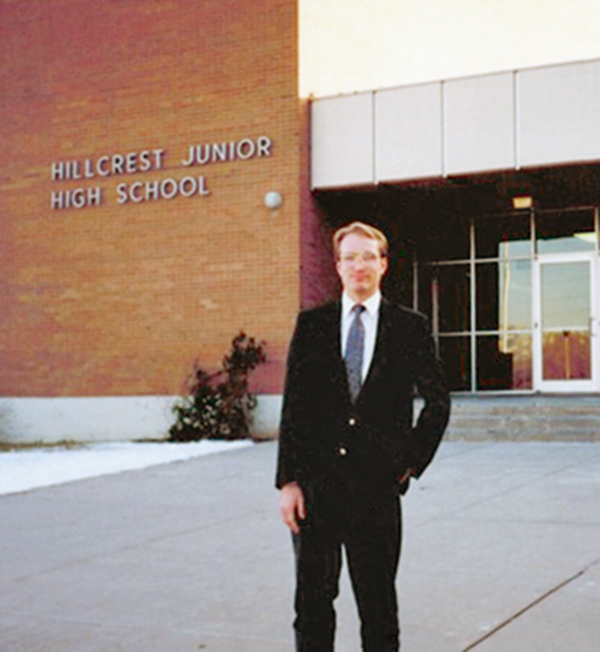 Doug outside the school where he taught social studies

The Desire to Make a Difference

I didn’t start working in institute right away, but I still wanted to be a positive influence. After attending Brigham Young University and marrying my wife, I became a social studies teacher and loved every second of it. I got involved in multiple school activities and developed a special bond with many of my students. With every interaction I had with them, I felt more and more that I was making a difference in their lives.

The opportunity to be a seminary teacher soon arose, and I immediately took it. Throughout the next few years, my family moved to Washington State, Idaho, and finally Southern California, where I took a position as institute director in San Diego.

A few years later, during a seminary and institute training meeting, I learned about the new up-and-coming PathwayConnect program, which was in its pilot stage in San Diego. I felt intrigued, as I was always looking for ways to find more students to teach in institute.

I decided to become involved. In Fall 2010, I contacted BYU-Idaho to request that my institute participate in PathwayConnect, and I was quickly given the go-ahead. 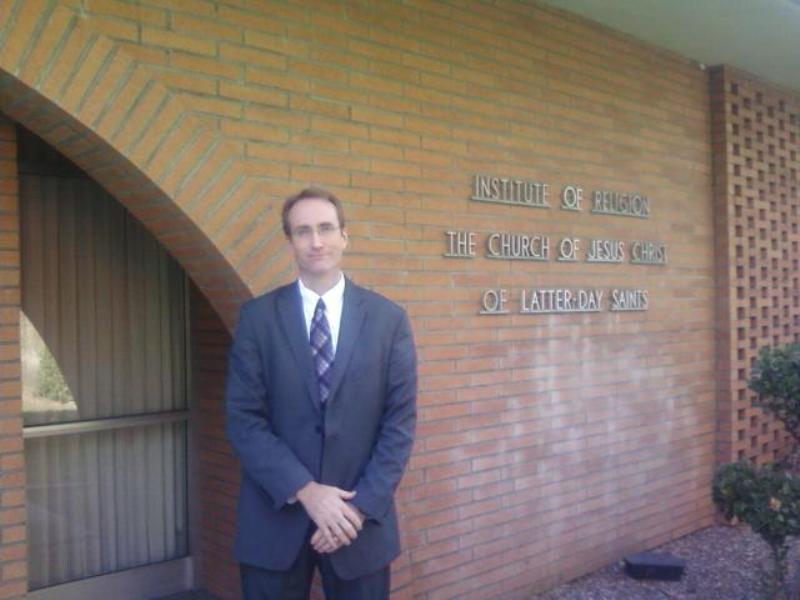 Doug at an institute building in San Diego, California

I eagerly began cleaning our institute’s library to make it our permanent “PathwayConnect room,” which I estimated 15-20 students could fit in for gatherings. When 22 PathwayConnect students walked through the door on the first day of the program, we immediately outgrew the library.

I was surprised by the turnout, but I didn’t realize that was just the beginning of the growth the Southern California area would soon see.

Within a year, nearly 85 students were cramming into our institute building to attend the weekly PathwayConnect gatherings. Some students even began parking on the lawn because the parking lot was completely full.

Our building was quickly becoming overcrowded — 25 students were soon relocated to a new location to help ease the growth we were experiencing. In time, more sites in the Southern California area opened, including San Bernardino, Victorville, Murrieta, Yucaipa, Rancho Cucamonga, and Palm Desert. PathwayConnect was growing fast, affecting more lives with each passing day.

Each time I saw a smile light up a student’s face, my love for PathwayConnect and the students grew. I realized that this program helped shape their future and change their lives. I couldn’t have been more proud to be part of that.

My friends and acquaintances saw how much I loved PathwayConnect and began telling me that I should move to Rexburg to become more involved in the program. I ignored that advice at first, thinking, “Why would I want to go to BYU-Idaho when my family is doing just fine here?”

Those feelings stuck with me, until one evening I came home and shared those thoughts with my wife. She quickly looked up from the table, made eye contact with me, and said, “Yes, you need to do that! You should call BYU-Pathway!” 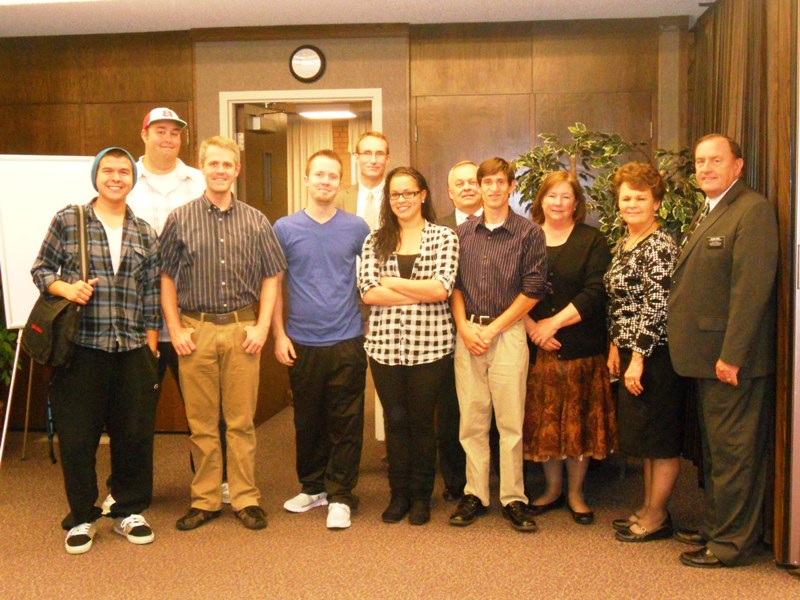 Doug with PathwayConnect students and missionaries

I got in touch with BYU-Pathway, and things immediately began falling into place for us. BYU-Pathway soon offered me a position as an area manager over the west coast of North America, and I gladly accepted it. Now, I’m privileged to be a manager over the area in which I was once an institute director. I loved serving with the people there, and I’m happy to remain connected to them.

How blessed and humbled I am to be working for the very same program that made my institute overflow with dozens of enthusiastic students. I may not be watching those students walk through the institute doors anymore, but I know I’m making just as big of an impact in my position at BYU-Pathway. I’m still helping students reach their goal of achieving a spiritual, gospel-centered education.

While sitting in my office at work, I sometimes pause to think how things lined up perfectly for me to be where I am today, and I realize how closely Christ must have walked beside me. Truly, He was the one who was making the biggest difference in the people I helped, but also in me. I’m so blessed to be in a role that helps God’s children come closer to an education, and most importantly, the Savior. 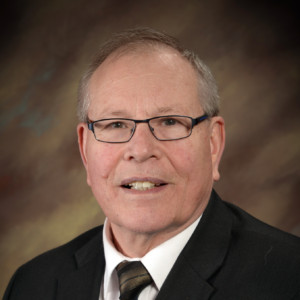 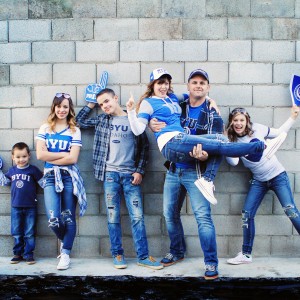 Motherhood or a Degree?
When Amber was twenty years old, she dropped out of community… 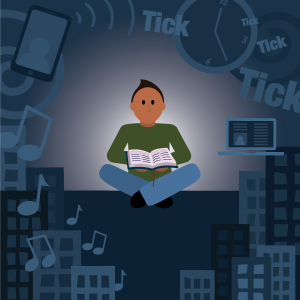 Eyes on the Prize
In today’s world, it is easy to get caught up in…

I am also grateful to be part of this awesome program of pathway. I can’t think of any time in my life besides my mission that ever gives me spiritual strength every morning when I wake up and start to study the pathway , even going to sleep after reading a chapter from the lessons. How amazing my life has been strengthen because of it. I am truly blessed. I am just wishing now that my children are old enough to be part of the program. I can see how it will also bless their lives. Especially this time as we study together as husband and wife through this pathway, we have come to increase our faith in the Lord Jesus Christ, and especially our love for him has grown because we feel his presence eveytime we study and attend the temple every week helps our relationship grows stronger and stronger. Our Love for our Father in Heaven and his eternal plan helps us to stay on the straight and narrow path no matter what temptations that come to our lives. Pathway leads us the way to eternity, it’s absolutely shows the capacity which we need for that path and experience our progressing in meaningful ways. The ability to serve others and our Father in Heaven makes everything that we have in life to be a centre in our Lord and Savior Jesus Christ, to be able to follow his examples and teachings and to become his true disciples by living the principles and ordinances of the gospel and to become liked him every single day of our lives as we strive for perfection.