Nearly 30 Pathway employees gathered in a conference room the morning of February 7, 2017, waiting for news about the future of the program.

Earlier that morning at 9:33 a.m., the Pathway team received an email from BYU-Idaho President Clark Gilbert that read, “I am in Salt Lake City this morning for an important announcement about the CES Initiative and Pathway. The announcement will be made at 10 a.m. this morning and will be shared live on the Church Newsroom Facebook page…. I look forward to talking with you soon.” 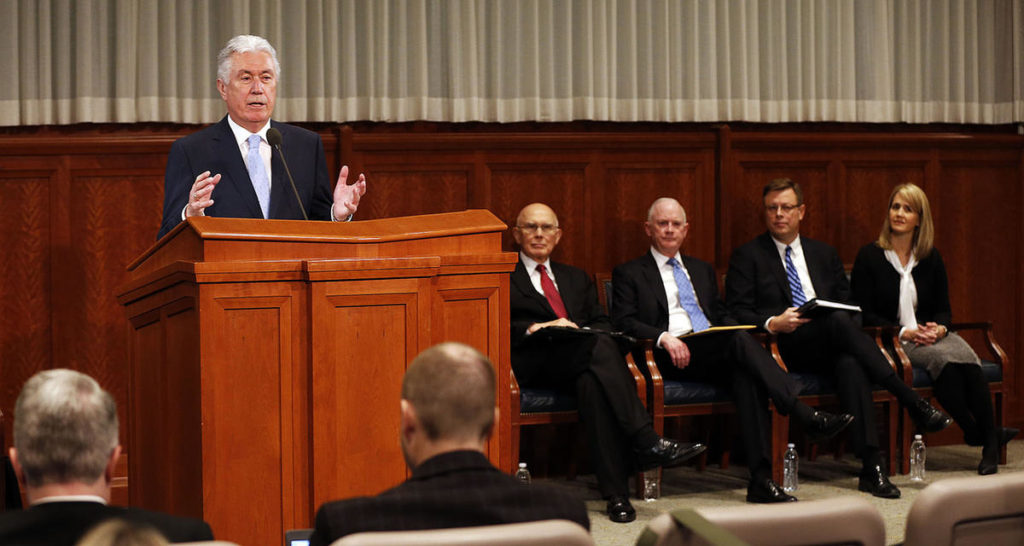 On February 7, 2017, Pathway employees were invited to watch a special press conference for the Church Educational System. The announcement that took place therein would change their lives and the lives of students around the world forever. Photo courtesy of the Church Newsroom.

Just three paragraphs into the news conference, President Dieter F. Uchtdorf uttered a single sentence that would change lives — lives of these employees and their families, and the lives of millions of Church members in the years to come.

“The First Presidency and the Church Board of Education announces today the creation of a new Church-wide higher education online organization to be called BYU-Pathway Worldwide…. This organization will have responsibility for all online certificates and degree programs offered within the Church Educational System.”1

In the modest conference space converted from two old boys’ dorm rooms, there were audible gasps, cheers, and even tears as employees contemplated the gravity of the announcement for themselves, their families, and for the Church as a whole. The last time a new Church educational entity had been established was nearly 20 years prior when President Gordon B. Hinckley announced the change of Ricks College from a two-year institution to a four-year university to be called Brigham Young University-Idaho.2 And with the announcement of BYU-Pathway Worldwide on February 7, a new chapter was being written, one that would “move the blessing of education … out into the lives of men and women everywhere.”3

Responding to the Call with a Pioneer’s Heart

In the weeks and months following the announcement, things slowly began to take shape for the new organization. Under the direction of Clark Gilbert, BYU-Pathway’s newly-appointed president, strategic priorities were formed to guide BYU-Pathway’s efforts, some new jobs were created, and full-time employees began the process of moving their homes and families from Rexburg, Idaho, to Salt Lake City.

Through all of these important changes, employees at BYU-Pathway Worldwide responded with hearts full of faith and a desire to do the will of the Lord. Many employees expressed their feelings of excitement for the program, trust in the Lord, and anticipation for the things to come. 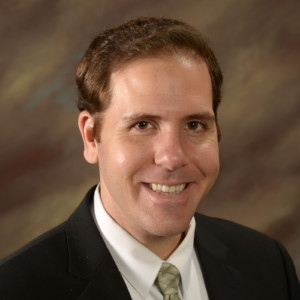 John Wilson, one of BYU-Pathway’s area managers, was among the many employees who responded to changes with positivity and love. After hearing the news about BYU-Pathway, John immediately went home and shared it with his family. That night, he stayed awake looking for new houses online until 5 a.m. When the excitement of the announcement abated and the doubt crept in, John was reminded of a story about the pioneers that strengthened his faith and resolve that he was doing the Lord’s will.

“I thought about the pioneers when they struggled to eat,” said John. “They had run out of food and all they had was water and leather hides. They did the best they could and they boiled the hides to soften them up. Before they ate them they asked the Lord to bless their stomachs. Not to change the food, but to change their stomachs so that they could digest the leather hides. That story reminded me that my fellow Pathway employees and I need to pray for the courage to make changes that will be hard, but that will bless the lives of our program and students.” 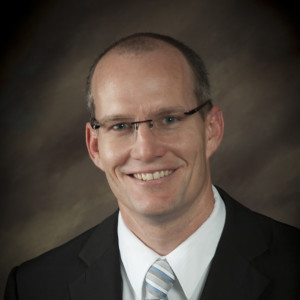 Bryan Pope, PathwayConnect’s curriculum director, was strengthened by his testimony of faith and trust in the Lord. Bryan has deep roots in Rexburg — his great-grandfather helped to settle the town in the late 1800’s. Bryan and his wife, JaNan, had wanted to raise their family in the midst of that legacy. But when employees were invited to join BYU-Pathway in Salt Lake City, Bryan and JaNan did not hesitate.

“The news of the announcement has become a waypoint in our lives,” Bryan said. “It is a point that JaNan and I will look back on and mark the progress of our faith and our testimonies of Jesus Christ. It marked the day that we decided that living in my great-grandfather’s legacy is insufficient, and that we need to harness his pioneering spirit and forge our own legacy of faith. We feel called to this work and know that in our extremity, the Lord will bless both this program and our family.”

Excitement in a Call to Serve

Dozens of service missionaries assigned to Pathway also responded to the creation of BYU-Pathway with excitement and hope. 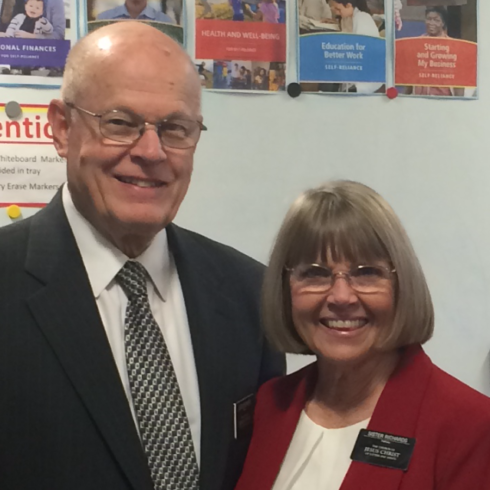 When Sister Richards, a Pathway missionary in London, England, first heard the announcement, she recognized the Lord’s hand in the creation of BYU-Pathway Worldwide.

“What a blessing it is that the leaders of this Church have seen the impact that PathwayConnect has across the world,” Sister Richards said. “We feel privileged to be a part of the BYU-Pathway experience. As one of our students simply states, ‘PathwayConnect is a miracle.’”

Elder Kimball, a Pathway missionary in Arlington, Texas, also saw the impact that a new CES organization would have on future students around the world.

“We have seen students become fully engaged in living the gospel of Jesus Christ,” he said. “When BYU-Pathway was announced, we knew that even more opportunities and blessings for education would be available to many more Church members around the globe.”

Anticipation for the Blessings of Education

Not long after the announcement, hundreds of Pathway students expressed their thoughts and feelings about the new organization. 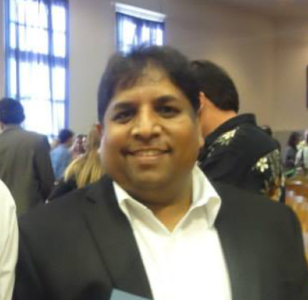 “BYU-Pathway has been a blessing for me and for my family,” said Canon Bukhari, a PathwayConnect student from Pacific Grove, California, USA. “I went back to school after 16 years, and it has been an amazing learning experience. I am grateful that I can learn more and increase my understanding of the Book of Mormon. I am looking forward to this great blessing.”

Gwen Hogg, a student from Nampa, Idaho, USA, said that she looks forward to the blessings that others will receive because of BYU-Pathway.

“I’m so excited for all the lives this program is going to change,” said Gwen. “I’m so grateful for BYU-Pathway. I completed PathwayConnect and then received my bachelor’s degree online from BYU-Idaho. I finally completed a teacher certification program, and now I’m a certified kindergarten teacher! Not only did it change my life and my family’s life, but now it’s changing my students’ lives. BYU-Pathway is definitely going to bless the whole world.”

Learn more about BYU-Pathway Worldwide and its programs at byupathway.lds.org. 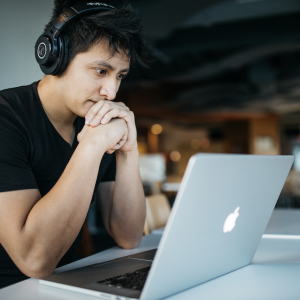 What Languages Can Teach Us About Learning
The English word know has many different meanings. For example, if… 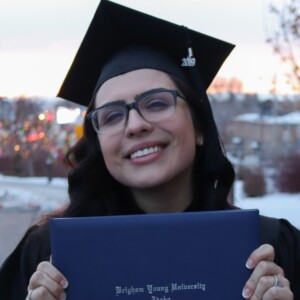 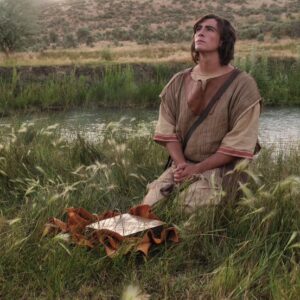 He Shall Prepare a Way
Pursuing higher education is often a journey of faith. Like heroic…

When Sister Soto, a beautiful active missionary assigned to my ward in Mexico City in 1918, told me she had taken the BYU-Pathway course right before leaving on a mission, and how much she had enjoyed it, I made the decision to take it, but when? “Some day,” I told myself at that moment. Back in December 2017, after 45 years of being a busy little mouse at my desk (actually it would be a busy dinosaur at my desk, my friends would say) from so many years actively working for a number of corporations, I had started getting my Social Security retirement monthly payment. However, I continued working on my own business as a massage therapist. Weeks ago, the Relief Society sisters posted the BYU-Pathway program ad on the WhatsApp chat, which I shared with other friends. At the same time I thought I must take the opportunity to enroll and started in the process of it. As a result, I received an email saying, “Thank you for applying. You will receive an email if your application is accepted…” I thought, “All right, I can wait.” As a few days passed, I almost forgot about my application to the BYU-Pathway program. A week and a half or so later, after praying for guidance to my Heavenly Father, I suddenly decided to close my massage-therapy business. Starting a few months ago, I faced dental treatment that would result in mouth surgeries, and I wouldn’t have time to run my business. At that very moment, I called a man I met some time ago who owned a moving business and asked him how much it would be to move the furniture and stuff from my small business to my home. Everything was done that same day, and the same night everything had been organized by myself into my small apartment. I believe it was close to the the time of General Conference. The next morning after moving, it was a Friday. After having breakfast and looking around at all my items that used to be in my business for three years, I realized that I did not have a business anymore and that the level of my activity would decrease significantly. So I sat on my bed deeply thinking and asked myself, “Now, what shall I do?” After a few moments, I turned on my laptop, trying to play my favorite inspiring music. I suddenly thought to check my email–something that I did not frequently do. I was really surprised when I found an email titled “Welcome New BYU-Pathway Student.” At that moment I almost cried and closed my wet eyes to say, “Thank you, Heavenly Father, thank you for this opportunity.” Then I knew that the decision I made of closing my business had been a right decision inspired by the Spirit. I knew that it was in response to my prayer and according to the plans of Heavenly Father which, most likely, were to keep me busy in increasing my knowledge for His own purposes. I am very grateful for the opportunity to join the BYU-Pathway Worldwide program, and I trust in our prophet when he says that the knowledge we acquire on earth will be needed and used in eternal life in heaven.