I Finally Knew of God’s Love

Anger filled Angela’s heart for years, but one PathwayConnect assignment changed everything
BY: Kylee Hale

The phone rang late in the night. When her husband, Scott, hung up, Angela’s heart sank. She knew what the call meant. They rushed to the NICU one final time to give their 11-day-old angel a proper goodbye.

For years, the loss of her daughter burdened Angela. She blamed God for taking her baby girl too soon. But Angela found great peace during PathwayConnect that was worth as much as the education she obtained.

Angela began to question everything she had ever known

When Angela Harper was 22 years old, she became a member of The Church of Jesus Christ of Latter-day Saints. She was sealed to her first husband in the temple one year later. However, life took a hard turn for Angela when she and her first husband divorced. Later, she remarried but then found herself facing another divorce. 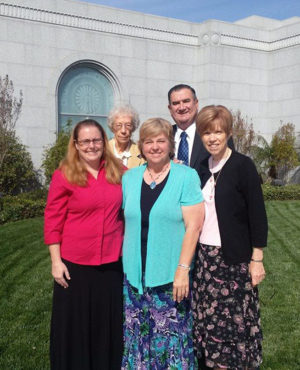 Angela at the temple

These trials pushed Angela to start making some changes in her life. She remembered the Spirit she had felt when the missionaries had taught her when she first joined the Church. She asked the missionaries to review the lessons with her again and eventually remarried.

Angela and her new husband, Scott, were experiencing the happiness they had always dreamed of. But that happiness was cut short when their 11-day-old daughter was taken from them seemingly too soon.

Angela’s heart was shattered. She began questioning everything she had ever known to be true and resented God for allowing her sweet child to die so soon. This emptiness festered inside Angela and lasted for several years.

A chance to rebuild her relationship with God

Although Scott was not a member of the Church, he always supported Angela in her religious responsibilities. One Sunday in 2012, he attended church to support Angela when she gave a talk in sacrament meeting. Following her talk, a missionary couple spoke on a new education program in the area called PathwayConnect. 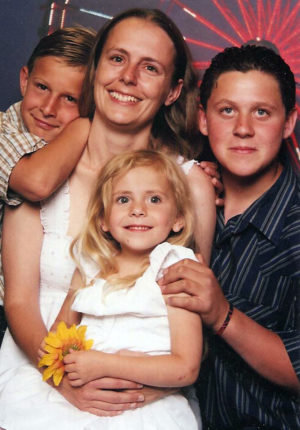 Angela and her young children

Having just completed his degree at a local university, Scott saw this as Angela’s chance to finally get the degree she’d always wanted. Angela had taken a few classes at a community college, but she felt that PathwayConnect could help her better understand the gospel of Jesus Christ and find healing after losing her baby girl.

“The thought of going back to school while learning more about the gospel was very appealing to me,” Angela said. “I didn’t want to hate God anymore.”

With great anticipation for the future, Angela enrolled in PathwayConnect. She began an educational journey that would lead her to a life-changing event and the happiness she longed for.

To Angela’s surprise and relief, PathwayConnect was more than she could have ever imagined. Her gathering group became a family, students all around the world became her friends through discussion boards, and her testimony of the gospel of Jesus Christ was strengthened. However, she still felt anger toward God for the loss of her child.

While taking the basic writing course during her second semester of PathwayConnect, Angela’s class was instructed to write a one-page story about a life-changing experience. Without a second thought, Angela wrote about losing her baby.

Later that week, while attending her gathering, Angela’s classmates shared their experiences. One by one, students told their stories with swollen hearts and watery eyes. As Angela stood up to share her assignment, she felt an overwhelming sense of God’s love –– a love that she had never truly allowed herself to feel before.

“It was at that point I realized there was a reason for it all,” Angela explained. “I wasn’t being punished. God really did and really does love me, and there’s a reason why my daughter didn’t live for longer than she did.”

As she concluded her story and returned to her seat, Angela felt the burden of anger and hatred lift off her shoulders. Gratitude and understanding filled her heart, and she finally knew of God’s love.

“I know now, more than ever before, that God loves me.”

More than ever before, Angela knows of God’s love for her

The rest of Angela’s PathwayConnect experience went more smoothly than ever before. All of the students in her gathering passed with A grades all three semesters and completed the program in 2013.

Angela immediately began her online bachelor’s degree in business management and entrepreneurship through BYU-Idaho, presented and coordinated through BYU-Pathway, in December 2016. Thanks to her time in PathwayConnect, Angela felt spiritually and academically prepared to obtain her degree and loved every moment of it.

While earning her bachelor’s degree online, Angela met amazing individuals around the world, became a discussion partner for a woman in Mexico, and learned how to include the gospel in her everyday life.

“Thanks to PathwayConnect, I not only got on a steady path to a degree, but I learned an invaluable lesson — the Church isn’t suffocating, it’s enlightening,” Angela said. “Through my experiences, I have learned that living the gospel isn’t a Sunday thing. It’s an integral part of our everyday life. And I know now, more than ever before, that God loves me.” 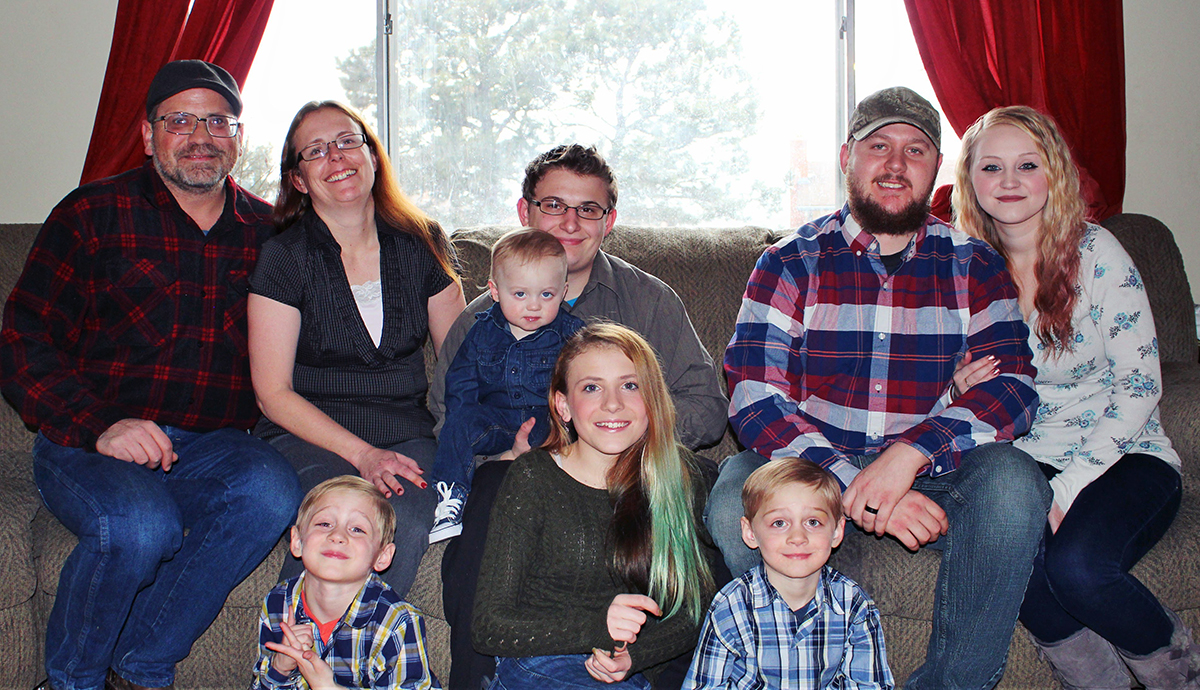 Angela and her growing family

Angela Harper currently attends Colorado Technical University where she is earning her master’s degree in accounting and will graduate this December.

BYU-Pathway Worldwide offers more than just a path to a degree. Find out what the PathwayConnect program can do for you today!

Certificate Spotlight: TEFL
“You’re the one,” the job interviewer told him. At that moment,… 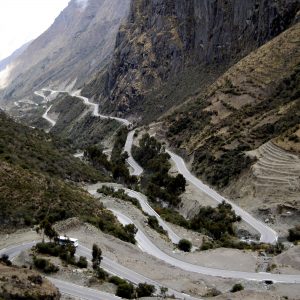 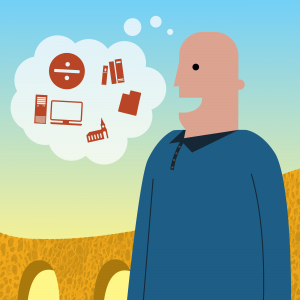