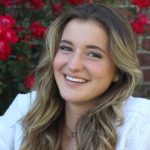 "I realized that I could do things that I didn't think I could do."
BY: Rebecca Workman

When Wendy was 12 years old, she read a book about a family counselor who fascinated her and sparked her love for psychology.

Her passion for psychology continued after high school, but when Wendy attended Ricks College (now BYU-Idaho), she had a challenging first semester. After a whirlwind of trials and difficult circumstances, Wendy paused her pursuit of higher education and moved to New Jersey to be a nanny.

After returning to Idaho, she met her husband and worked so he could attend graduate school to become a pharmacist. She was a great support to him through his schooling, but once again, her own education was put on hold. 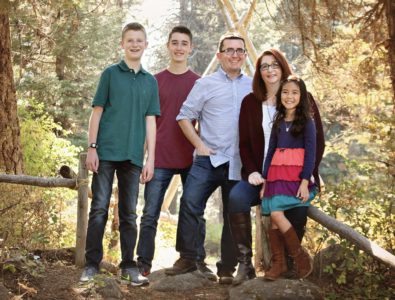 Wendy with her husband and three children

Although Wendy didn’t start school right away, she loved her time as a stay-at-home mother to her three children. As her children have grown, she’s found a lot of joy being home to take care of them.

Over time, her dream of becoming a counselor finally became a reality. At the age of 40, her long-lost dream that had never really left her mind was about to come true.

Later, during a church ministering visit, she was talking with a woman who said she had started PathwayConnect and hadn’t finished. The two women decided to face it together; this helped Wendy receive the confidence and support she needed to begin her educational journey.

“There’s just no other program that I’ve ever seen that has the support for returning students,” Wendy said. “If I had to go from not going to college for 20 years… straight into a hardcore college program, I don’t think I would have had the confidence to get through it. That year of PathwayConnect is so valuable for people in my situation who need that year to build their confidence.”

Wendy faced difficult anxiety, especially with public speaking. But when she realized other students in her gathering were just as nervous, her confidence grew and she felt welcomed. Over time, Wendy thrived in her gathering as she was able to overcome her anxieties and confidently stand in front of her group to teach her classmates.

Some students might feel similar to Wendy who, as someone who didn’t complete her education, had been telling herself for years that she was a failure. Through BYU-Pathway, many students also experience the same excitement Wendy felt when she started to see herself succeed. Not only did she pass, but she earned all A’s in her classes. She regained confidence in herself and her abilities in powerful ways. 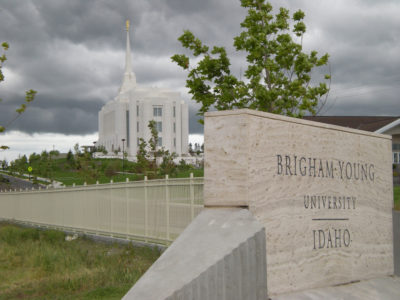 Wendy worked diligently throughout her BYU-Idaho online degree, presented and coordinated through BYU-Pathway. “At the first of the semester, I thought, ‘Ugh, this is going to be a long semester,” Wendy said. “We would spend hours online together every week just going over [our homework] and over it and over it. By the end of the semester, all four [group members] got A’s in class, and now I can do stats! I never thought in my life I could do that, but I can!”

Wendy changed from being terrified of speaking to her classmates to being confident in leading a classroom. Even though she disliked group work when she started, she enjoyed one of her most difficult classes because of the support of her fellow group members.

For someone who never thought education was possible because of cost, confidence, age, and timing, Wendy had a change of perspective. She knew she could do anything, and others could see it too. 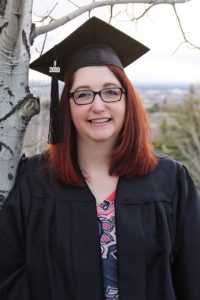 Wendy on her graduation day

“I had spent my whole life telling myself that I couldn’t do it, and then I went and did it,” Wendy said. “I just felt like if I could do that, what else could I do?”

All those things we convince ourselves that we can’t do, we really can. We just have to be brave enough to try.

Not only did Wendy graduate with her bachelor’s degree in marriage and family studies, but she’s also been accepted to a graduate program and is well on her way to becoming the counselor she has always wanted to become.

She said, “It’s amazing what you can do if you just put your mind to it and stick with it. Just keep going, even if you have to go slow. It’s so worth it when you’re finished.” 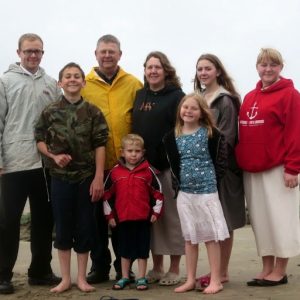 Overcoming Doubt
How am I going to pay for this? How am I… 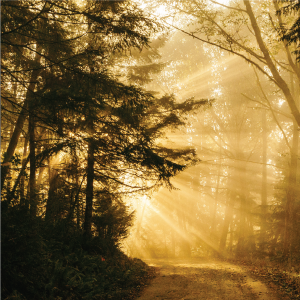 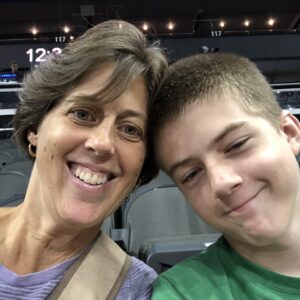 Never Out of Reach
Earning a bachelor’s degree was never easy for April Leslie Deal.…

Super story! I love it. Thank you so much for sharing this success story! Way to go Wendy! Woohooo!

I really enjoyed this story. I have identified myself a lot, and it has inspired me to continue with more desire. Thank you!

A great story of faith and determination. I was 47 when I started BYU-Pathway just this year, and I’m glad I didn’t delay to ride with this opportunity. I’m now in my 2nd semester. It seems like more gatherings and assignments to go, but it’s always a challenge and moving upward to the ladder of success. Thank you for your story, Wendy.

Jaro, your desire to pursue education is inspiring! Best of luck with your second semester. The Lord is always there to help you accomplish your goals.

I’m related with Wendy’s story. I enrolled in PathwayConnet this semester and I am so happy! I’m anxious to be graduate!

What a story! It inspires me a lot. Nothing is impossible. Congratulations, Wendy!

Great story to learn from. Thanks for sharing!

What an inspiring story! Congratulations Wendy!

How EXCITING to see your story! I have appreciated your experience and help on the BYUI Facebook group as we all try to push through and make good choices in classes and projects and teacher selection.

It is a great hope for us to know this story, that BYU online can help people. To all those who love to learn, thank you.

Thank you for sharing and for the encouragement it’s renewed in me!!

How exciting to learn from your story. THANK YOU!!!

Wow, very inspiring story, Wendy. I learned a lot from your story.

I realized that It’s amazing what I can do if I just put my mind to it and stick with it… and just keep going, even if I have to go slow. It’s so worth it when i am done.

Wow! Wendy’s story is so inspiring. At times I feel like giving up but then I ask myself to just put in some effort, focus and endure to the end. I keep pushing!!

I share the same story with Wendy. I started BYU-Pathway Worldwide at the age of 48. It is so challenging, but with the support from instructors, students, BYU-Pathway administrators and many resources at my disposal, I hope to complete the program successfully.

This story has really touch me. I think I am in a similar situation. This example helps me continue to push myself and focus on my goals.