For Such a Time as This

Similar to Esther and Joseph in the Old Testament, BYU-Pathway Worldwide has been prepared by the Lord over many years for the challenges of 2020
BY: Breanne Su'a 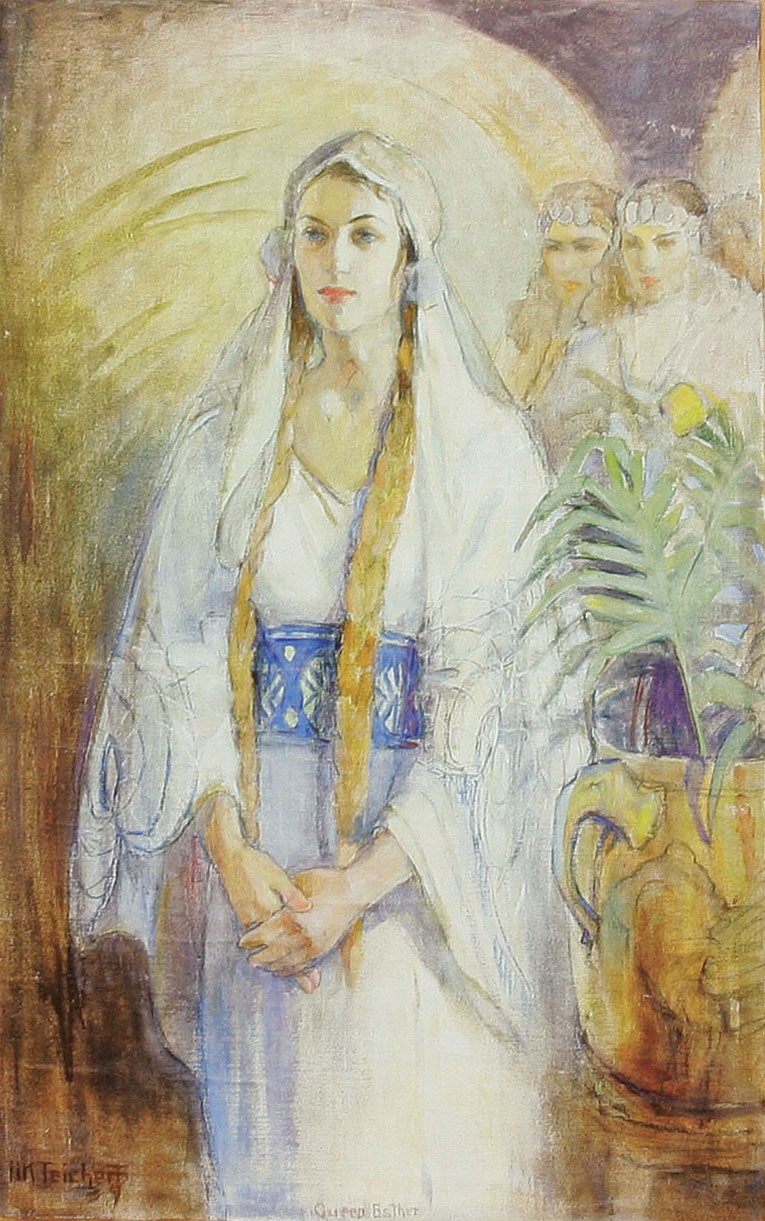 Throughout time, a loving Heavenly Father has prepared His children to meet the unique challenges of their day. Take Queen Esther from the Old Testament, for example. Esther possessed qualities that helped her gain favor with the Persian king so she could plead for the lives of her people, the Jews. Her cousin Mordecai said, “Who knoweth whether thou art come to the kingdom for such a time as this?”1 Esther had been prepared by God and placed in a position where she could serve.

Similarly, Joseph of Egypt may not have understood why God sent him such cryptic and elaborate dreams, or why He allowed Joseph’s brothers to sell him into slavery. But, through the goodness of God, these experiences enabled Joseph to help Egypt prepare for the coming famine. After later revealing his identity to his brothers, Joseph said, “God sent me before you to preserve you…. So now it was not you that sent me hither, but God.”2

In our day, we have experienced an unprecedented year of challenges: natural disasters, political unrest, racial injustice, and, perhaps most notably, the coronavirus pandemic. Due to COVID-19, higher education became a challenge for some students, primarily because of access. For others, obtaining further education became a necessity due to lost jobs and income. And while BYU-Pathway Worldwide has blessed thousands of students over the past 11 years who otherwise may not have pursued higher education, it became clear with COVID-19 that the institution had been uniquely prepared for such a time as this to offer hope and opportunity to even more people in their time of need.

In the face of a pandemic, the need for online learning is paramount. Over the last decade, BYU-Pathway Worldwide has expanded its access everywhere The Church of Jesus Christ of Latter-day Saints is organized — in more than 150 countries.

Traditionally, weekly gatherings as part of PathwayConnect were held in person so students could connect with each other, but many students were traveling hours (sometimes days) to attend. BYU-Pathway had been piloting virtual gatherings, where students meet via videoconferencing, for several years. In March 2019, virtual gatherings were added as an option in every area BYU-Pathway operates.

No one knew social distancing would one day become the norm, but, thankfully, BYU-Pathway’s systems had been prepared so that all gatherings transitioned to an online format in a matter of weeks.

“Even when the COVID-19 pandemic was hitting hard, our learning continued smoothly,” said Wesley Myeni, now an online degree-seeking student from Eswatini. “PathwayConnect is not man-made, but it is designed by the divine hand of the Lord to bring about His purposes.”

Cynthia Cebujano from Fiji, who completed PathwayConnect and is now pursuing a degree online, said, “It’s convenient for a working mom to do everything online. My education kept me positive during COVID-19. I did not lose hope. I always felt I had a purpose.”

Prepared like Esther and Joseph for unparalleled circumstances, Elder Dieter F. Uchtdorf said in a devotional message, “I am pleased to say the BYU-Pathway program is way ahead of its time!”3

A full year before the pandemic, BYU-Pathway Worldwide introduced its certificate-first approach to earning a bachelor’s degree. By earning certificates that count toward a degree, students learn job skills and can improve employment within their first year — a need as many businesses struggled and employees were laid off in 2020.

From their first certificate, students jump right into learning essential skills for their degree and career, which motivates them to continue. The persistence rate for students who complete PathwayConnect and continue to an online degree program is 68%. By earning a certificate, that rate jumps to 81%. 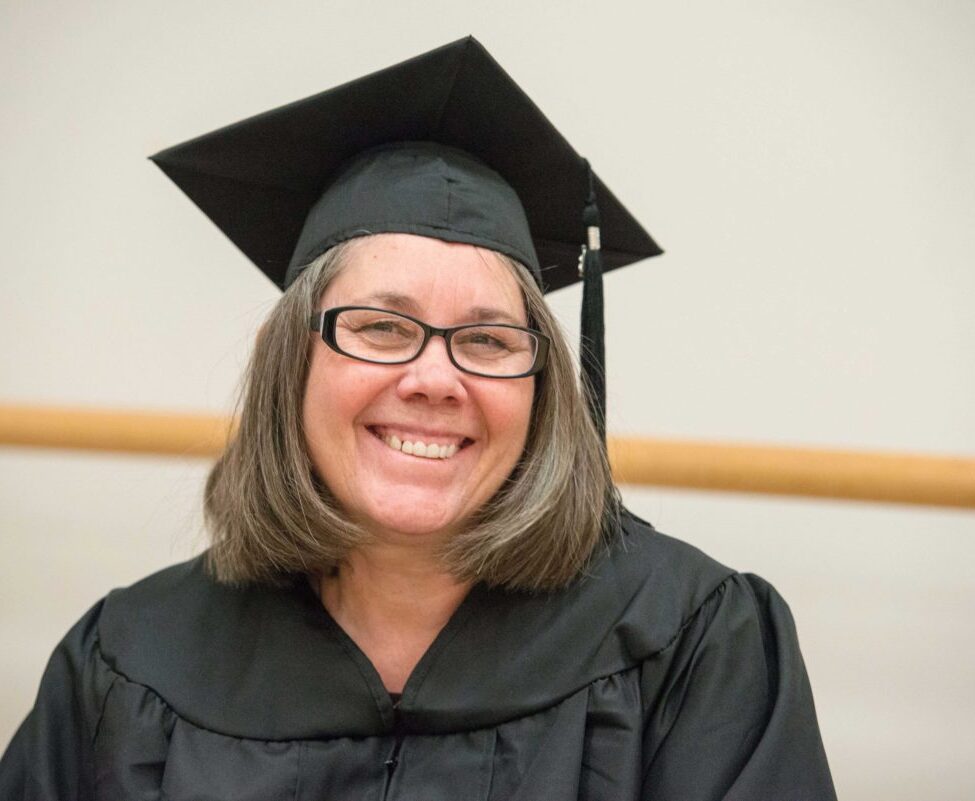 Additionally, BYU-Pathway has been developing the curriculum for PathwayConnect since it first piloted in 2009. Students learn life and professional skills, how to study, and how to rely on their faith — all skills Heavenly Father knew His children would need to press forward.

Dave Hunter, a student from Texas, USA, who is not a member of the Church of Jesus Christ, shared, “The learning model was incredible, a collaborative environment that teaches extraordinary life skills that immediately come into play. I am still blown away by how much I grew from the give-and-take style of BYU-Pathway learning.”

BYU-Pathway Worldwide has been blessed by the generosity of donors and the Church of Jesus Christ to keep tuition costs low. One way this is accomplished is through scholarships. 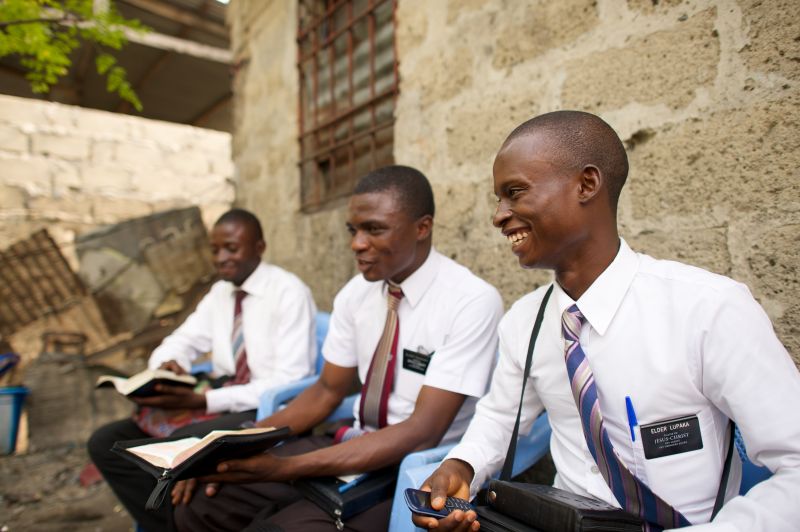 Returned missionaries are pre-approved for BYU-Pathway and are eligible for scholarships.

As COVID-19 spread across the globe, many full-time missionaries were forced to return home unexpectedly. They needed a way to progress and stay spiritually strong. Knowing that they were pre-accepted to BYU-Pathway and had a 25% tuition discount gave many returned missionaries needed hope and direction.

After returning home early, Savannah Goodman from Arizona, USA, said, “I wondered, what was next? I was scared and confused. I saw that PathwayConnect was 25% off to returned missionaries and thought it would be a great fresh start! It was a blessing to have a plan. It is an inspired program, and I’ve grown so much spiritually and in my education.”

BYU-Pathway Worldwide is continually seeking for ways to provide students with further hope and support as they pursue education. In September 2018, BYU-Pathway began researching key reasons why students may not persist, including lack of prior education experience and time, language, or financial constraints. Today, BYU-Pathway utilizes mentors, service missionaries, and instructors, who help these students understand why they started, what they need to do to succeed, and how they can get there.

The Lord knew this additional support would be vital as the world saw a drastic increase in mental health issues, domestic violence, and isolation in 2020.

An orphan and recent convert, Nigerian student David Jabi said, “It has been my desire to obtain higher education, but I had no money. My mission president told me about this program, so I enrolled as fast as my legs could carry me. My mentor has been the best resource and helped me be where I am now. Because of her, I was offered a scholarship. I am grateful for my mentor.”

Prepared by the Lord

Esther and Joseph had followed the Lord’s guidance and lived their lives in a way that prepared them to serve in God’s kingdom. Likewise, the Lord had prepared BYU-Pathway Worldwide for such a time as this, to turn “sorrow to joy, and … mourning into a good day”4 for His children throughout the world.

Read the personal experiences of students and service missionaries persisting during the coronavirus pandemic. 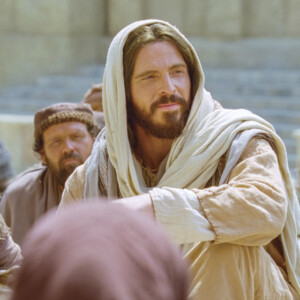 Living Your Best Christ-centered Life
When Christ is the center of our lives, He is our… 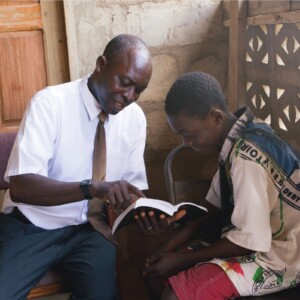 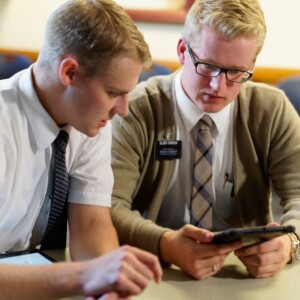 Ya, at this moment BYUpathway has blesses me in so many ways like the devotional, the stories shared by the student and posted, it add to my collections of confidence to keep moving not to stop with all my faith, because everything has been provided(The lesson each week) in order for me to get better each day not only to get high score or grade but to get high in believing that I am not alone in this journey, and that’s a high score for Him Who believes in me. I just looove reading life true stories.It’s inspires me, Thank you so very much.