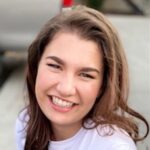 Like Nephi, Alexander Willis knew that God would prepare a way for him to succeed, and now he’s helping others find the joys of education
BY: Natalia Ward 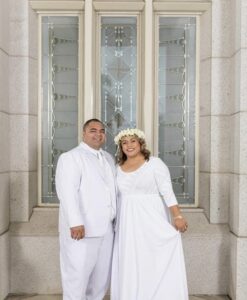 Alexander and Jasmay on their wedding day

Pursuing higher education is often a journey of faith. Like heroic individuals in the scriptures, many BYU-Pathway Worldwide students are modern-day heroes who strive to keep the commandments and hasten God’s work.

They come to BYU-Pathway believing the words of Elder Dieter F. Uchtdorf, of the Quorum of the Twelve Apostles: “[E]ducation is not merely a good idea — it’s a commandment,”1 and they don’t come alone. This certainly was the case for Alexander Willis.

Although he started his university education shortly after high school, God had a different plan for him. In faith, Alexander left his studies to pursue a full-time mission and temple marriage and to help with his family’s business, not knowing when or if he would ever be able to finish his degree. So when BYU-Pathway came to American Samoa, Alexander knew it was his opportunity to continue his education.

About three weeks into Alexander’s first semester, a hurricane hit his island. Left without power or internet for six weeks, he was forced to withdraw. He enrolled again a year later, determined to finish his foundational courses. But three weeks in, his house caught fire. He and his wife, Jasmay, lost everything, and he dejectedly withdrew yet again.

Discouraged by these uncontrollable events, Alexander contemplated the worth of enrolling for a third time. Would he be able to finish? Did God even want him to get an education? His answer came in a recollection of Nephi’s experience in the Book of Mormon.

After their family was forced to flee Jerusalem, the Lord commanded Nephi and his brothers to return to the city to retrieve the scriptures, a history of their ancestors. Nephi’s brothers complained — understandably not wanting to risk their lives — but Nephi declared, “I know that the Lord giveth no commandment unto the children of men, save he shall prepare a way for them.”2 Despite the incredible amount of faith Nephi had, they failed twice. It was only on their third try that the Lord paved a way for them to succeed.

“Nephi’s example of faith is inspiring and his devotion to God unwavering,” Alexander said, realizing he could choose to follow Nephi’s example. “I grasped the idea that our Father doesn’t give a commandment without preparing a way. I changed my mindset and realized that this is what the Father wants me to do and to obtain, then everything started to change.” 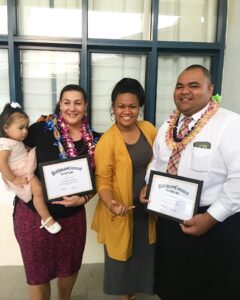 Alexander with his PathwayConnect completion certificate

With this new determination, Alexander enrolled in BYU-Pathway for a third time, this time with his loving wife, knowing that he was “here to succeed, not to fail.” With the Lord’s help, they finished the foundational PathwayConnect program together, and Alexander recently completed his first certificate in construction field supervision.

Preparing a way for others

Almost immediately, Alexander started to see that his education was helping him to improve his work, his confidence, and even his faith. The online, affordable, and spiritual experience of BYU-Pathway was the road to education he’d been searching for. Its specific and intentional design helped him know that God is aware of him and wants him to succeed. He said, “BYU-Pathway is just like finding a gold mine. You can’t share enough of it!” And he did share it!

Alexander told the youth in his ward about how the skills he gained in his courses helped him find a job and encouraged them all to pursue their education. When a coworker expressed concern about the cost of higher education, Alexander told him about BYU-Pathway. Two days later, the coworker messaged Alexander and said, “I’m already registered. So what’s next?” 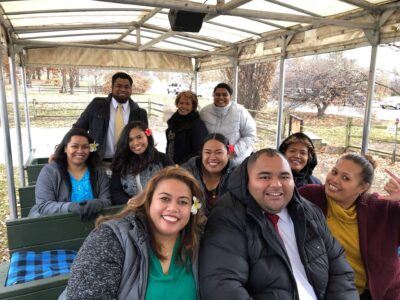 Alexander and his family

After seeing his coworker’s enthusiasm, Alexander shared his experience with his employer, who proceeded to email the whole company a link to BYU-Pathway’s website. From that email, five people enrolled, three of whom are not members of The Church of Jesus Christ of Latter-day Saints. All of them are sharing BYU-Pathway with their families and continuing their degrees today

Alexander’s story is incredible, but it’s not unique among BYU-Pathway students. Many believe that BYU-Pathway is the way that God has prepared for them to receive their education, and they share that belief with all who are willing to listen. They are “here to succeed, not to fail.” 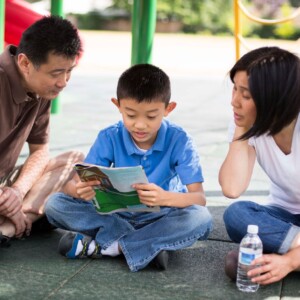 Being a Leader: It’s Not What You Think
What do you think of when you hear the word “leader”?… 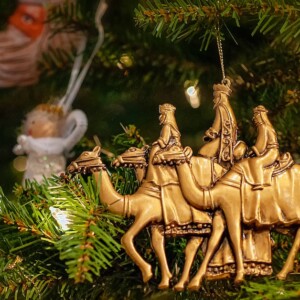 Give the Gift of Gratitude this Christmas
Christmas is a season for friends, family, and, oftentimes, gifts! Giving… 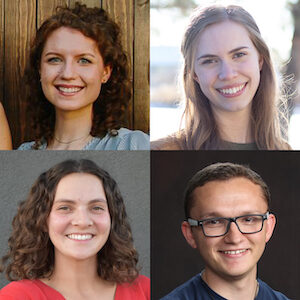 Student to Student: Advice from our Writers (Part 4)
BYU-Pathway Worldwide students are all unique, but they often face similar…