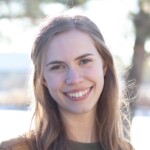 Losing his job meant Chris needed to increase his marketability — and fast. His certificates helped him do just that
BY: Cate Williamson 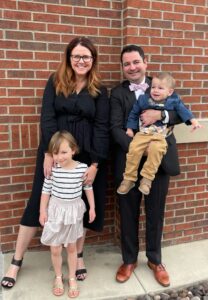 Chris with his family

If you ask Chris Blount from Florida about himself, he could tell you that he was in the U.S. Navy, worked on the bomb squad, studied at SUNY Maritime College — and now, he’s a university graduate. Chris earned a bachelor’s degree from BYU-Idaho, supported by BYU-Pathway, but before he even graduated, he started working his dream job as a web developer.

When he was in the U.S. Navy, Chris started pursuing a university degree in order to become an officer. He chose to study international business, but that wasn’t his true interest. “I didn’t take school too seriously, because I wasn’t studying anything that I was passionate about,” he said.

Later, he worked as an analyst for an airline’s technology department and collaborated with their web developers. His natural interest in technology led him to want to learn more about what that team did.

When Chris lost his job in 2018, he had the opportunity to explore new options, including web development. A flyer on a bulletin board at his church introduced him to BYU-Pathway, and his path to a new career was launched.

To earn a bachelor’s degree in applied technology, Chris completed certificates in computer programming, web fronted, and web development.* While finishing his certificates, Chris used his new skills and education to get freelance jobs, an experience he highly recommends.

“You’re separating yourself from everyone who’s just doing the school work,” he said. “You can put that work experience in your resume and stand out.” This is one reason why BYU-Pathway’s certificate-first approach is so valuable to students like Chris.

While all his education experience is valuable, Chris acknowledges that his time at BYU-Pathway was different. “I loved everything I’ve studied there,” he says. “Web development is exciting and fun for me, so it was a totally different learning experience.” 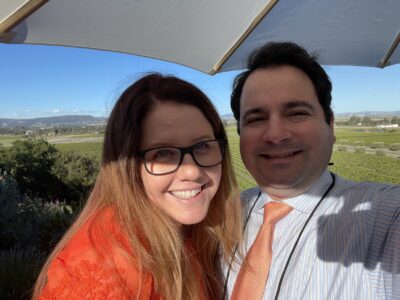 Chris was baptized as a member of The Church of Jesus Christ of Latter-day Saints in 2014, so attending institute introduced him to many gospel lessons. “I was able to learn a lot about the Church and scriptures,” he said. Chris also shared what he was learning with his wife. Though a lifelong member of the Church, she learned new things about the gospel as well. “We grew stronger spiritually together, thanks to these classes,” Chris said.

Another benefit of being a BYU-Pathway student: the constant reminder that you’re not alone in your studies. “Don’t forget you can pray,” Chris said. “It really works. It’s like a miracle.”

Job first, then a diploma

Chris’s hard work is paying off. He accepted a job as a web developer two months before he completed his degree, finishing up one last class while starting his new job.

“I thought I would never finish my degree,” he said, “and it’s even more of a blessing that the skills I acquired pursuing certificates led to a career.”

*Certificate names and their availability in current online degree programs are subject to change. To see what certificates and degrees BYU-Pathway currently offers, visit the degree list. 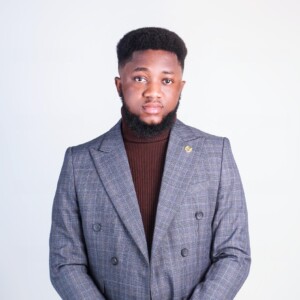 4 Unexpected Blessings of BYU-Pathway
If you told Aaron Eardley two years ago that, by 2022,… 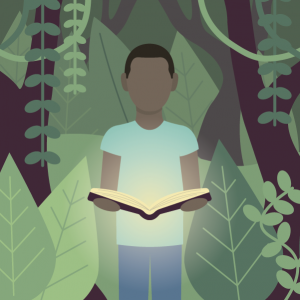 Escape From the Jungle
Standing alone with the man he was raised to call father,…

Thank you for the eye opener.

Thanks for sharing Chris, your story is inspiring God bless you more

Thanks for making us think!

Thank you for your sharing.

Congratulations Chris. Your journey was well worth it. Heavenly Father has a plan for all of us. Thanks for sharing your story. I’m also wanting to get a degree. I’m participating in BYU-Pathway and your story gave that extra inspiration I needed. This journey is not easy… If you can do it, I can do it. Thank you, Chris!

Hi Chris, thank you for sharing your story. Praying really does work and it is a miracle like you said.

Thank you for sharing your experience it motivates me.

Very inspiring! I hope to finish PathwayConnect in July and afterwards study Web and Computer Programming too. Thanks for sharing!

Thank you so much for sharing. I must confess that I’m highly inspired.

It’s positive hear someone’s life experience. It encorage us to not loose the hope and go ahead. This is the power of God.
Thank you.

Thanks for sharing Chris, your story is inspiring.

Thank you so much for sharing this inspiration.

Thank you for sharing Chris we thank God for his blessings over your life.