Missionaries from the original three PathwayConnect sites share how they feel about the program and it's growth over the last five years
BY: John Darrington

By small and simple things are great things brought to pass. —Alma 37:6

It’s been five years since the founding of PathwayConnect and the launching of the program’s first three sites in Mesa, Arizona; Nampa, Idaho; and Manhattan, New York. As of September 2014, PathwayConnect has launched more than 200 sites worldwide and served more than 24,000 students.

With six kids, nearly 20 grandkids, and experience working with newly founded organizations, it seems like Elder and Sister Driggs had been handpicked by the Lord to serve as one of the first pairs of service missionaries assigned to BYU-Pathway.

Elder and Sister Driggs served their first mission in the BYU-Idaho internship office. Before their first mission even ended, they were contacted by Clark Gilbert, then a BYU-Idaho associate academic vice president, to participate in a program that Elder Driggs felt would “change the reach of Church education forever.”

We were going to be the rocketship, taking Church education to the whole world. 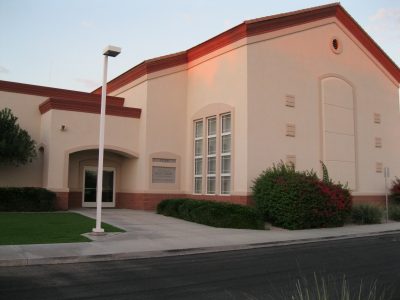 Students gathered at the Mesa Institute of Religion.

“We were going to be the rocketship, taking Church education to the whole world,” said Elder Driggs. “Even in the beginning we knew the program had great potential.”

Like any new program, there were a few difficulties getting off the ground.

“I think we had only about 18 students that year,” said Elder Driggs, looking back at their first year of service and recalling the difficulty in finding potential students and spreading the word about the program.

After being informed that there are 200 students participating in PathwayConnect’s Mesa East location this fall, Elder Driggs had only one word — “Wow.”

Being part of PathwayConnect from the very beginning has given the Driggs’ a very unique view and testimony of the program.

“This is the biggest thing to happen to the Church Educational System since the establishment of the early Church academies,” said Elder Driggs, paraphrasing a quote from one of the early PathwayConnect meetings. “It has such great potential to reach all over the globe.”

We were like Nephi of old, going in to get the plates and knowing it was the right thing, but not knowing how we were going to do it.” This is the analogy Elder and Sister Benjamin used when asked about their time as service missionaries.

The Benjamins were the first missionaries officially called to the PathwayConnect program and were assigned to Nampa, Idaho. 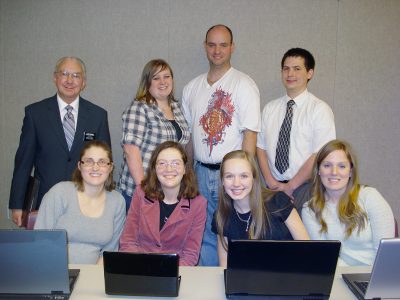 “It was in some ways a great challenge,” said Sister Benjamin, talking about the early struggles of PathwayConnect. “We had what we needed at the time, but just barely. We didn’t have instructions on how gatherings were supposed to work until our first Thursday gathering. So many things were like that.”

The Benjamins never doubted the inspiration behind the program. Elder Benjamin said, “Like Nephi, we just kept going in full faith, and when success came, by golly we were ready.”

Like many missionaries, the Benjamins have looked back and seen the ways in which the Lord prepared them for their service with PathwayConnect. In each area of their lives, the Benjamins gained skills and experience that the Lord needed in the newly-founded program.

We are still in awe that we were a part of this program, and it’s still just a large part of us.

Elder and Sister Benjamin had the opportunity not only to serve as missionaries in Nampa, but also as support missionaries at the BYU-Pathway Home Office in Rexburg, Idaho, after their service in Nampa concluded. The Benjamins trained newly-called missionaries through the program and worked with local priesthood at PathwayConnect sites throughout the world.

“We know it was a special blessing for us to be associated with PathwayConnect,” said Sister Benjamin. “We are still in awe that we were a part of this program, and it’s still just a large part of us. Even though we finished our mission a year ago, we still love talking about PathwayConnect.”

When asked what he thought about PathwayConnect’s growth, Elder Benjamin said, “What do you expect? When you start with the visionary effort of President Clark (president of BYU-Idaho) and know that it’s true and that it’s meant for thousands around the world, it shouldn’t surprise you.”

The growth did happen faster than he thought it would. “We think it’s awesome,” Elder Benjamin said. “We are in awe, and PathwayConnect was a special blessing to us and an inspiring opportunity.”

“We always felt like we used every tidbit of knowledge, every calling, every class — they all came to bear some importance during our BYU-Pathway mission,” said Sister Lunt when asked about her service as a missionary. 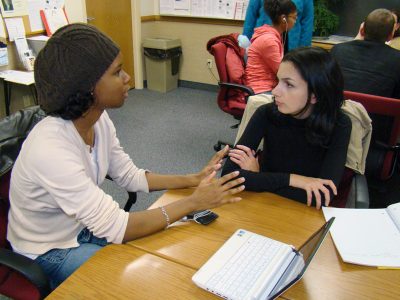 Students in the Manhattan, New York PathwayConnect gathering in November 2009

Called to serve as the first service missionaries assigned to BYU-Pathway in Manhattan, New York, Elder and Sister Lunt packed a van with a bed, some furniture, 170 quarts of food storage, and left their home in Gilbert, Arizona, to serve the Lord full-time.

This was their second mission, having first served in Russia as missionaries for the Church Educational System where they taught seminary and institute in addition to helping Church members gain access to higher education. Elder and Sister Lunt were both educators, and like many other service missionaries assigned to BYU-Pathway, their experience in teaching and education administration became valuable tools for their success in Manhattan.

To see the visions that Church leaders have about education and learning has just been fantastic.

“We knew that the need for accessible education was staggering,” said Sister Lunt. “And we learned how important it was to be educated at a reasonable price. When we served in Russia, for example, students who were members of The Church of Jesus Christ of Latter-day Saints didn’t even have access to the Perpetual Education Fund, so it was a real miracle to see the worldwide potential of something like PathwayConnect.”

PathwayConnect students gathered at the Manhattan Institute of Religion.

Elder and Sister Lunt worked hard to develop PathwayConnect in the Manhattan area. They helped test the new program’s curriculum and pushed for the further development of PathwayConnect. “There were some kinks early on,” said Sister Lunt when asked about the problems they faced, “but whenever you first try to get a program off the ground, there are always difficulties.”

The Lunts worked through computer glitches and struggled to attract new students to the program during that first year. Despite all this, Elder Lunt said that he “could see miracles taking place in the lives of those who persevered.” Though they struggled, Sister Lunt stressed, “When the Lord has a new direction in mind, it’s important to be willing to commit 100 percent to that vision and not be discouraged. There were many times it was frustrating for all of us involved, but as our students had success, it was a wonderful thing.”

Sister Lunt wasn’t surprised when given the facts about PathwayConnect’s growth. “There are no limitations,” she said. “The educational and spiritual blessings are there to be had. To see the visions that Church leaders have had about education being available to everyone and learning being accomplished through both study and faith has just been fantastic.” 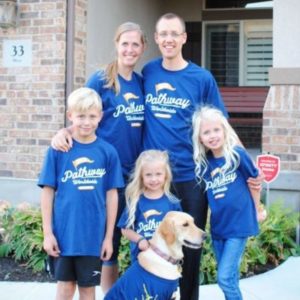 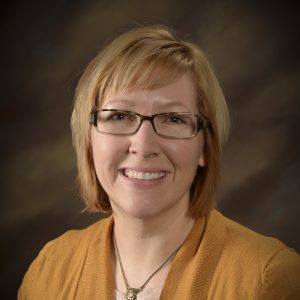 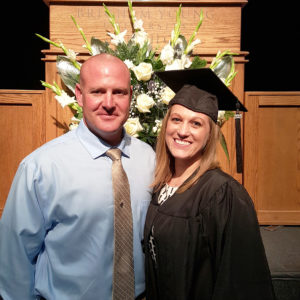