Escape From the Jungle

For many, PathwayConnect is a journey to education; for Moses, the journey began long ago
BY: Sara Arend

Standing alone with the man he was raised to call father, he saw it. A plastic sack gripped between two large, dusty, calloused hands. With his eyes fixed on the wrinkles of the plastic, 12-year-old Moses Conteh noticed the contents — a set of 12 school books. Items that didn’t come easily to a school boy living in rural Sierra Leone, Africa. 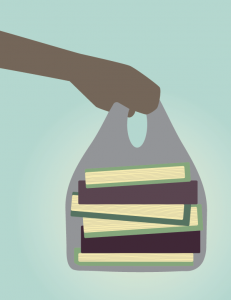 Moses’ eyes shifted to the hands and studied them — growing intensely aware of his own. Though small, Moses’ hands carried the same dust and wear of farming the land, but his had not yet turned from blister to callous. The man cleared his throat, and Moses’ head snapped up, looking his uncle in the eyes. With a sincerity and seriousness that swayed Moses to give his complete attention, he was handed the sack.

While exploring his new treasure with wide eyes and a grin, the large hands gently took his face and turned it upwards, coming eye to eye. In a deep whisper, his uncle said, “No matter what, you must do your best to get educated.”

Twenty-eight years later, Moses would recall, “Ever since I made that promise, my goal has been to receive an education. PathwayConnect helped make that possible.”

No matter what, you must do your best to get educated.

By age 15, the young boy’s passion for learning was ignited by that quiet promise. Burning brighter as he passed the test that promoted him to a Catholic secondary school. In the years following, Moses’ strength would lie evident in English proficiency. “As a kid I loved to speak English,” he said, “because it was not our language, it was harder.”

When the opportunity came to take the educational exam that, if passed, would allow him to attend university, Moses turned to his family. Relying on a promise made by both his uncle and his biological father to make the payment, Moses told them of the coming deadline. But being unable to provide the money, Moses forewent the exam.

For three years, Moses worked to earn enough money to take the exam, storing his coins in the ground to prevent theft. When Moses had saved the funds needed to take the exam, he learned of his mother who had fallen ill, and with no hesitation, donated his income — accepting another year of patience.

Upon hearing of his good deed, a Catholic priest asked Moses to speak with him. Knowing that Moses would not be able to take the exam, the priest took out the needed amount of money and clung to it. Moses, motionless, examined not the money, but the hands; large, clean, soft with service — and kind. He then looked at his own; large, covered in dust, calloused from work on the farm, but they too were kind. Moses met the priest eye to eye as he accepted the money. 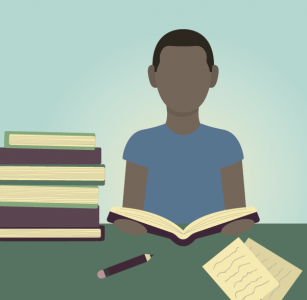 Months after passing the exam, Moses made the decision to attend a local Catholic seminary and study to become a priest. Amid his new surroundings, Moses felt a difference. As he glanced around at the high, white walls, the robes of the priests, the tablecloths and candles, he was reminded of a childhood in rural Sierra Leone, where education was a gift; three years of hard labor, resulting in thick and calloused hands, and the promise, “It made me more focused. It reminded me that I must not fail.”

Trials In the Jungle

That unbreakable determination proved crucial for Moses in the coming years. It was what provided deliverance when in the midst of Sierra Leone’s civil war, 20-year-old Moses was taken hostage by a local rebel army. Soldiers stormed a weekly church service and, at gunpoint, ordered Moses and the priest to come with them. They then were driven into the jungle, after passing through multiple government checkpoints, undetected.

Because of his knowledge and proficiency in English, Moses was spared the role of soldier. Instead, he was given the charge to follow the commander and carry the radio for his use.

“‘The Lord is my shepherd’ would come to my mind continually,” he said. Relying on his Savior gave Moses the strength to escape the rebel army and jungle.

‘The Lord is my shepherd’ would come to my mind continually.

Five months in, Moses was entrusted with a group of young soldiers with the charge to steal food from a nearby village. “I didn’t know what to do,” he said. “I went and talked to the sub-commander and told him my fears of leading the mission. He said to me: ‘Come, let me tell you a secret…. You are not fit for the jungle. You’ve been to school, correct?’ I said yes. ‘You’ve been to secondary school, correct?’ I said yes. He said, ‘See these boys you are going with? They are fighters, they never went to school…. Just use your head.’ So we left.” 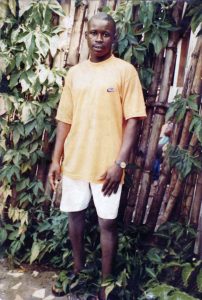 Moses led the group of soldiers into the outskirts of the village and stopped them. “I was stuck; I didn’t know what to do. Then I had an idea,” he said. “I wasn’t familiar with the village, but I took my bayonet and drew a fake map of the village in the dirt.” He then explained to the soldiers that after crossing the river that divided them from the village, they would wait for him as he attacked from a different angle. The soldiers, suspicious the plan was a ploy to get them killed by the village security, petitioned for a new plan. “I told them that I am from the Limba (lim-bah) tribe. A tribe that is known for its many fighters and warriors. Only then did they trust me. They listened to my instruction and they waited.… They never saw me again.”

Moses was left alone to seek refuge. “I started praying after the first night. I prayed, and prayed, and prayed. I also fasted while I was wandering the jungle for something that could help me.” He was rescued and given food and water after four days, which he took to be the answer to his prayers. Moses didn’t guess that the Lord had more in mind. 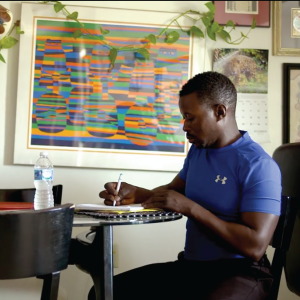 Following his return home to Sierra Leone, Moses was introduced to two sister missionaries from The Church of Jesus Christ of Latter-day Saints. After multiple discussions about the doctrine and scriptures, Moses was overwhelmed by their conversion, something he didn’t see in the Catholic seminary. In an effort to “stay straight with God,” Moses hungered for the same conversion. He read the Book of Mormon, lived the commandments, and was baptized.

The blessings that followed were clear to Moses. Shortly after his baptism, Moses immigrated to the United States and enrolled in PathwayConnect, making meaningful progress toward fulfilling his promise. In addition to opening new opportunities to him for education in the U.S., PathwayConnect was also an answer to his prayers and prepared him for a life beyond what he had known.

With kind hands to offer support, through books, funds, the gospel, and PathwayConnect, what started with a simple sack of books has resulted in great journey and accomplishment. Understanding the value of learning at every opportunity, relying on past knowledge, and the influence of education, Moses has kept his promise.

Moses has since completed PathwayConnect and is now attending BYU-Idaho on campus. He is studying computer engineering as a full-time student and plans to graduate with a bachelor’s degree. 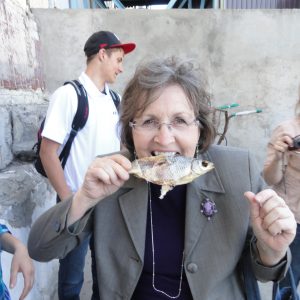 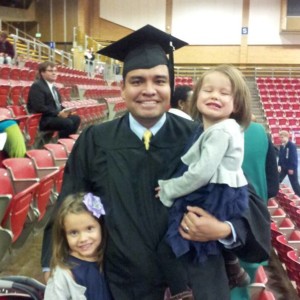 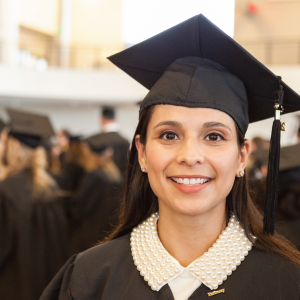