With God, I Could Not Fail

Jeremy and Sarah Prete learned how to include the Lord in their studies and found support in the journey
BY: Kylee Hale

Due to his busy schedule, Jeremy always found himself postponing his education. In just seven years, he tried to finish his bachelor’s degree four different times, but always had to put it on hold to allow room for his other responsibilities.

When PathwayConnect opened its first gathering location in Lethbridge, Alberta, Canada — an hour drive from their home — Jeremy and his wife, Sarah, saw this as a way for Jeremy to complete his degree while still fulfilling his many responsibilities. Jeremy and Sarah enrolled in PathwayConnect together, starting a journey that was different than any education they had experienced before.

Jumping back into his studies wasn’t easy. Jeremy often felt overwhelmed trying to manage his time as he worked through his courses. But as he progressed through PathwayConnect’s year-long curriculum, the program continued to instill a belief within him that if he placed the Lord first, he had time for every responsibility. 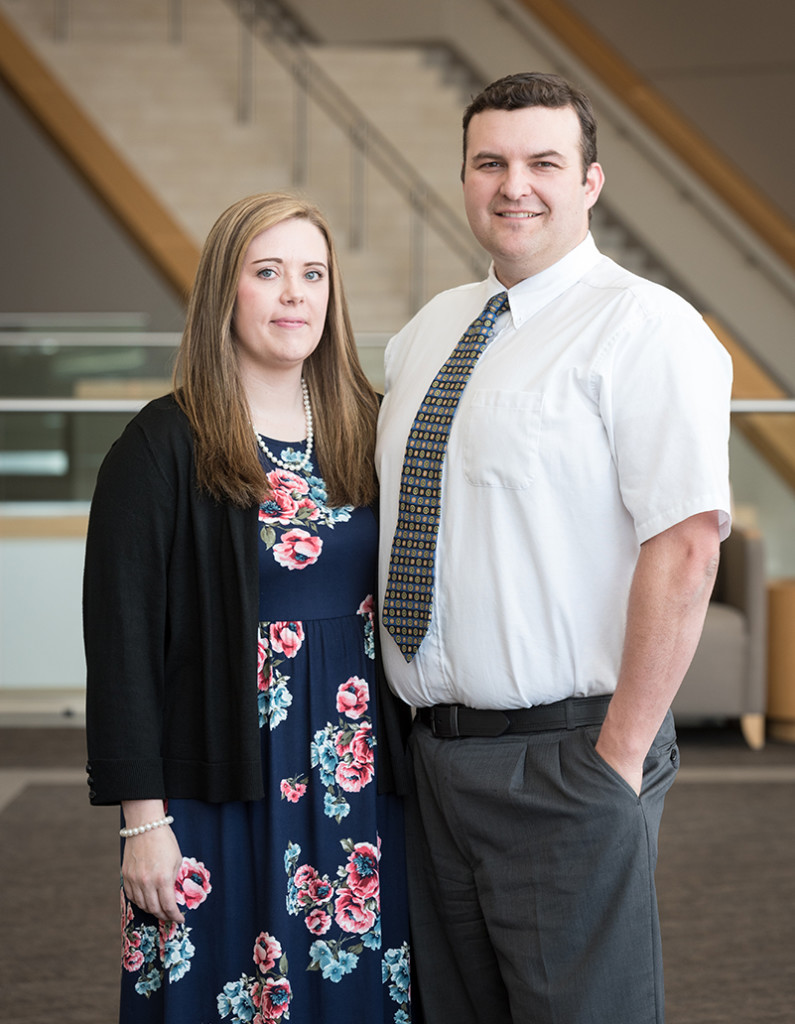 “Without the sustaining power of the Lord, I couldn’t complete all of my homework along with my responsibilities as a father, business owner, and seminary teacher. I know I did not have that kind of strength before. I tried it at these other universities where inviting the Spirit wasn’t built into the curriculum, and it just did not work for me,” Jeremy recalled. “But, as I went through PathwayConnect, everything was all laid out for me — the support network of my gathering group and service missionaries, the concept of learning by study and by faith. Finishing my education became possible because the Lord was on my team. It doesn’t work any other way — I’ve tried.”

When Jeremy prioritized including God more in his studies, he could complete his homework without missing out on the rest of his life. Sarah also saw the importance of putting the Lord first as they did PathwayConnect together.

“There have certainly been moments in our lives when the Lord wasn’t our priority, and we never could make getting an education work,” said Sarah. “But PathwayConnect has helped us make Him our first priority and everything else has found a place. We haven’t missed out on anything.”

BYU-Pathway introduced the Pretes to a network of support

Along with the sustaining power of the Spirit, the Pretes found another unique aspect in PathwayConnect and BYU-Idaho — proactive support.

“My experiences in other universities was just so impersonal. We’d sit in a classroom with 600 or more peers and we wouldn’t even know our professor’s name,” Jeremy said. “The support we received in PathwayConnect was refreshing. Our missionaries became our best friends and it didn’t stop there. I feel like I can’t fail with that much support. It was pretty much surrounding me.”

As their time in PathwayConnect concluded, the Pretes had already started getting phone calls from BYU-Idaho offering assistance in matriculation and online degree options.

“BYU-Idaho was more proactive than we were,” Sarah said. “In our other experiences we had to go to the university and figure out everything ourselves. But with BYU-Idaho online, they were going out of their way to help us!” 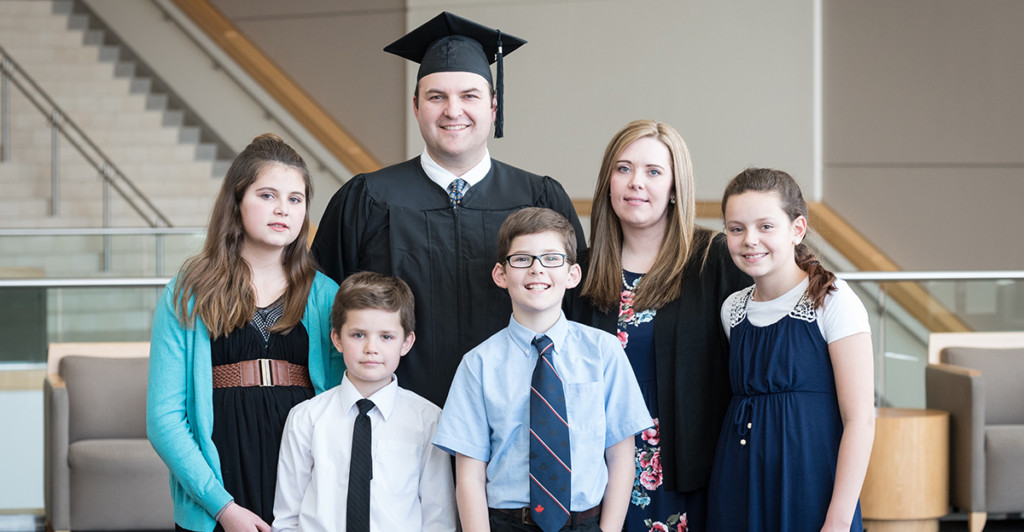 Completing PathwayConnect was only the beginning for Jeremy

By completing PathwayConnect, the doors were opened for Jeremy to continue on toward his bachelor’s degree through BYU-Idaho’s online program. Throughout his time in PathwayConnect and BYU-Idaho online, Jeremy felt an overwhelming sense of love and support as he worked to reach his goals. 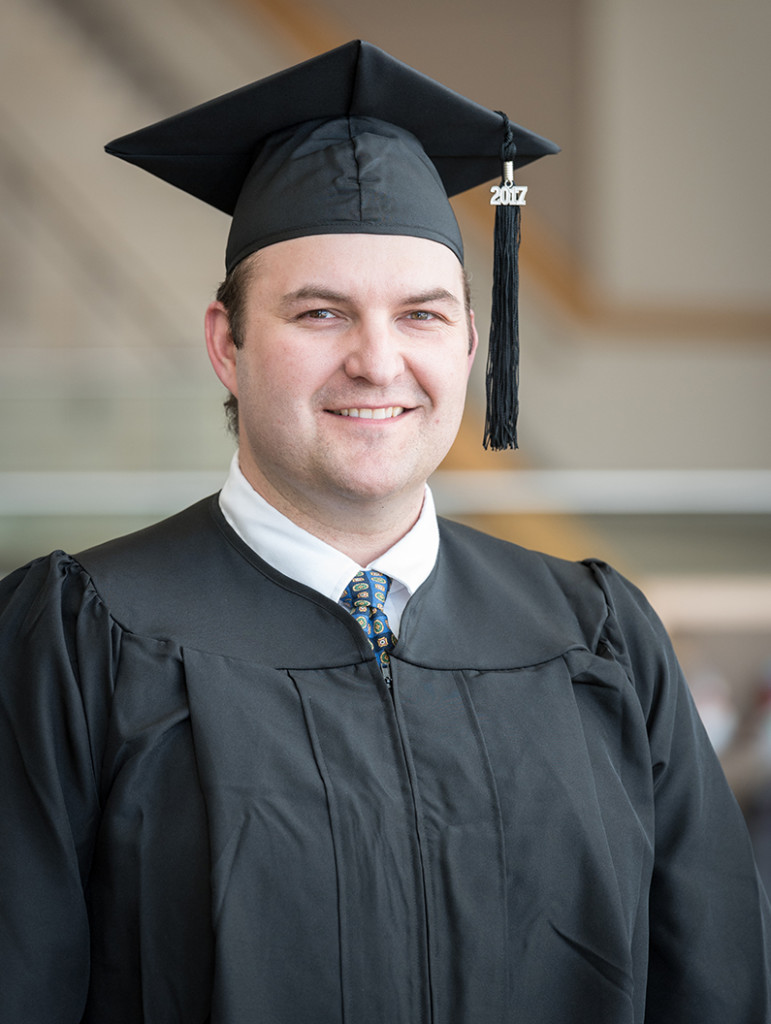 Jeremy Prete on the day of his graduation — April 2017

“At first, doing online courses felt like such a sacrifice, but the four-year journey has been such a gigantic blessing in my life,” Jeremy recalled. “I learned the importance of including the Lord in my studies and how to be a student again. I will forever be grateful for the lessons learned in PathwayConnect and BYU-Idaho.”

In April 2017, Jeremy Prete and his family attended graduation at BYU-Idaho where he received his bachelor’s degree in marriage and family studies. With this degree, Jeremy hopes to be able to counsel with youth in his community to help them realize the value of their lives.

The Spirit Jeremy felt and the support he experienced through his journey in PathwayConnect and BYU-Idaho couldn’t compare to his prior opportunities. As a result, Jeremy completed the goal he has worked on for nearly a decade, and with it, gained a deeper testimony of education and its role in the gospel of Jesus Christ.

“What PathwayConnect taught us is priceless — an education we couldn’t have found anywhere else in the world… and not just academically. My husband had given up all hope of being able to acquire a university degree, but then the Lord led us to PathwayConnect. I’ll never forget seeing him graduate last weekend — it still doesn’t seem real! While we were in Idaho, we were given an opportunity to have a quick tour of the Pathway offices. It was very humbling to see how much has been done, with so little. ‘By small and simple things…’ kept running through my mind.”

Since graduating in April 2017, Jeremy and Sarah sold their business and opened a youth center in Cardston. Jeremy now mentors local teens on a daily basis. “It is a dream come true,” Jeremy said. “We wouldn’t be here without PathwayConnect.”

Learn more about the degrees and certificates offered through BYU-Pathway Worldwide. 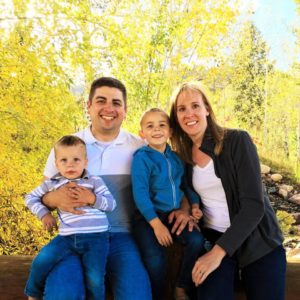 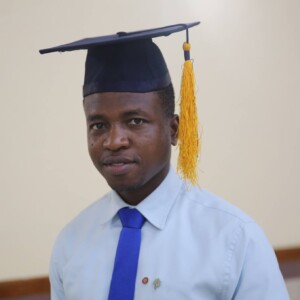 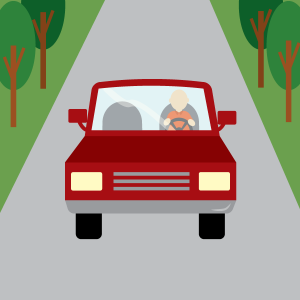 One Goal, 18,000 Miles
What motivates a busy parent with a full-time job to drive…

Comments on "With God, I Could Not Fail"

Now, that’s an inspiring story. I could really relate to this story so much, especially now that I found a full time job as a high school teacher, I’m a student of PathwayConnect, and have a review for a national board examination in psychometrician, with overwhelming responsibilities in church and family, the list goes on and on. I feel that I am in an open sea with my face only showing. I really don’t think this will work out. But with your story and your testimony, I am comforted that all things is possible to those who believes in God. He will make impossible to I’m Possible.

Javee; Thanks for the comment. One of my favorite quotes for the past 20 years has been— “Smooth sailing makes poor sailors!” Sometimes we need to really step back and look at the bigger picture to see what miracles and divine intervention are doing in our lives. The years are short and the days are long but we are all under construction! Keep up the forward progress! 💪🏽😎💪🏽

To you Jeremy and Sarah, thank you for your inspiring story. It’s a struggle for a very busy person like both of you, especially Jeremy, to attend to all of his responsibilities but, with PathwayConnect, nothing was missed out on and at the same time your goals were realized. This will be very helpful to others who are also struggling with issues of “time” and “many responsibilities.” It’s a powerful thought just to think that because we are guided by the Spirit in our studies, we can accomplish all that is expedient and necessary in our day to day lives.